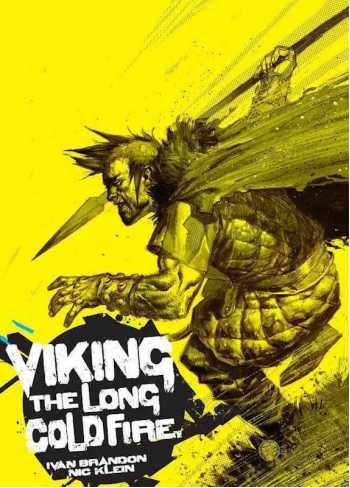 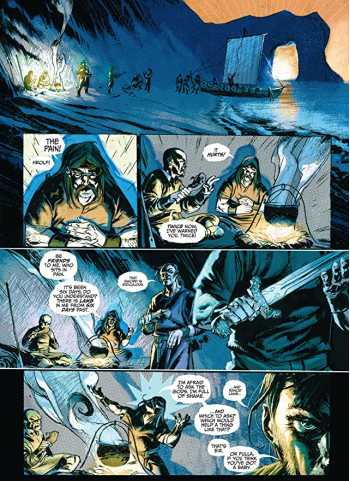 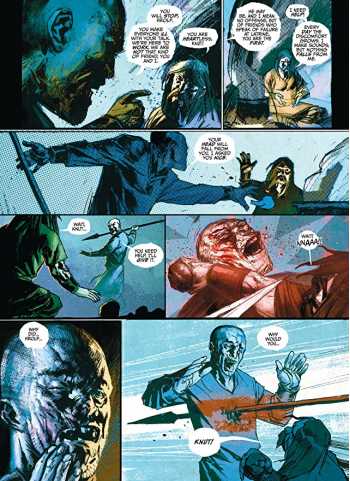 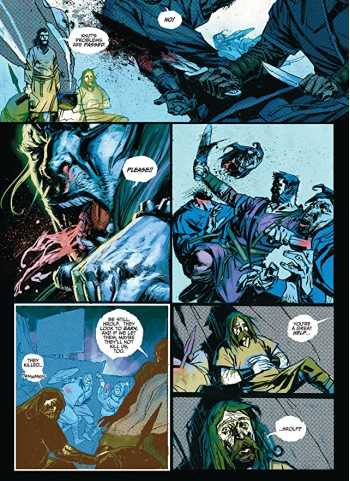 Viking #1-5, plus a cover gallery, sketches, and a pinup gallery with 15 guest artists.

The most violent criminal underworld in history! Finn and Egil, brothers one bad, one worse are trying to stab and steal their way to a seat at the table. Two men at war with the world around them. But today's the day the world fights back! From the writer of The Cross Bronx comes a crime book for the 9th Century.

Brandon and Klein's bracingly rendered but shallowly plotted miniseries presents Finn and Egil, brothers who figure that the best way to attain riches and power is to steal them from others. At the chaotic, bloodily rendered start, the brothers massacre a Viking band and steal their loot. This brings them afoul not just of their disapproving grandfather ("a boy takes what he wants, a man makes it") but also King Bram, whose Amazon-like red-haired daughter, Annikki, soon becomes a target of interest for the marauding brothers. They eventually team up with a massive, seemingly unkillable beast-man known as Orm. There is some palace intrigue here and even the inevitable flickers of a romance with Annikki and one of the brothers, but that's not what Brandon and Klein are particularly interested in. The coin of the realm here is lavishly depicted scenes of brutal, close-in combat, all spurting blood and bulging eyeballs. The densely imagined and richly colored artwork is never less than impressive, but even over its relatively short length, the story becomes repetitive fast.