Sign in | Register
HomeNew ArrivalsVisions of Spaceflight: Images from the Ordway Collection 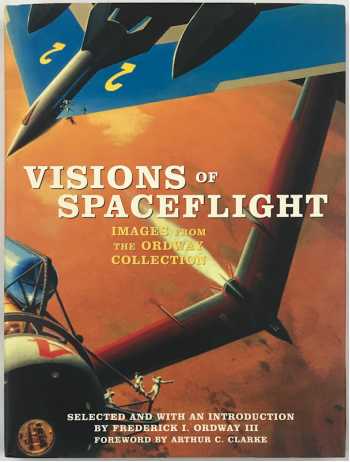 This full-color book assembles a fabulous collection of images of astronautics and rocketry. The pictures, both imagined and real, extend from the 16th century to the eve of the Space Age in the late 1950s. Collector Fred Ordway, one of America's first rocket scientists in the post-World War II era, has been a pioneer in making the dreams of spaceflight come true.

This realm is populated by heroes and scientists, dreamers and trailblazers. Images abound of square-jawed astronauts maneuvering their craft near Mars and of fantastic vehicles with propulsion ranging from dewdrops (17th century) to antigravity (19th century). Visions of Spaceflight is a compelling mix of the intentionally fantastic and the rigorously scientific.