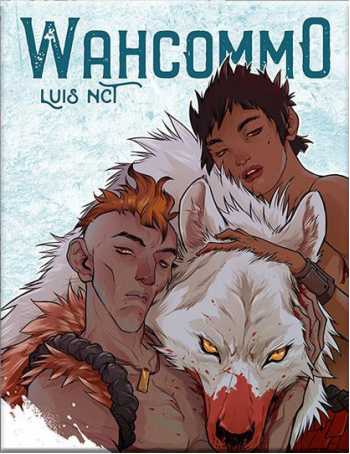 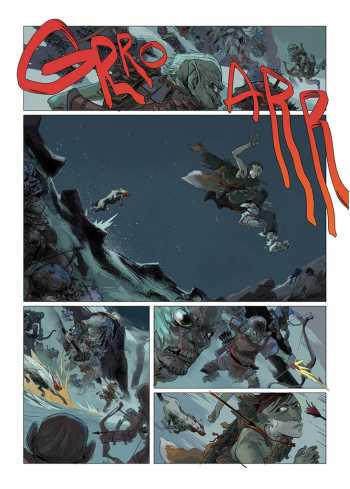 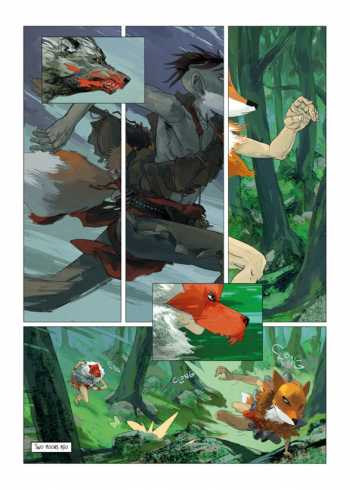 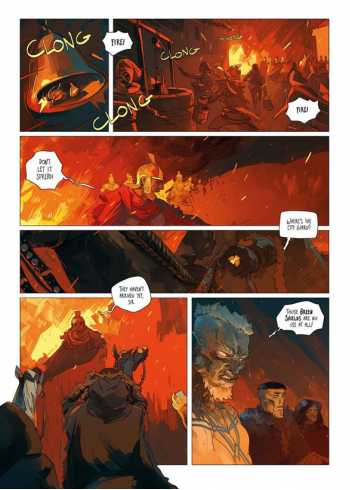 Drawn in a rough, edgy line with brilliant color, Luis NCT's Wahcommo is an epic fantasy drama reminiscent of heroic journeys like Tolkien's The Hobbit.

Each new generation, the bravest youth of the tribe must face the challenge of traveling to the Lost Kingdom of the North, to bring with them part of the treasure that their ancestors, driven from their homes by cold and hunger, abandoned in ancient times.

The young contestants must pass six tests to prove their worth: stealth, cunning, speed, strength, courage, and cleverness. This time, however, the chosen one is a young woman, but the weight of tradition will force her to be escorted by a male partner.

Fox and Kaya undertake the journey equipped with two halves of a map and the amulet that will help them navigate the mysterious ancient kingdom. Their journey will be plagued by orcs, goblins, giants, and ghosts, against which these two young warriors will measure themselves, compete with each other, and will ultimately have to unite against to rewrite their people's history.

WAHCOMMO is the second long work by Luis NCT, who won the audience award at the Barcelona Comic Fair for his first graphic novel, SLEEPERS in 2012. He has since worked on titles for both Image (EMPTY ZONE) and Vertigo/DC (FRONTBITE).

"All the classic fantasy resources are well served: monsters, old warriors, initiation moments, mythical cities and fast-paced adventures. Luis NCT also manages to devour it as if it were our first reading in the genre thanks to its memorable characters, the very personal use of color and a narrator's instinct that sometimes leaves us breathless." - Albert Monteys