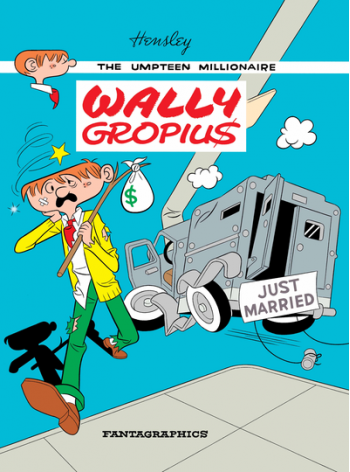 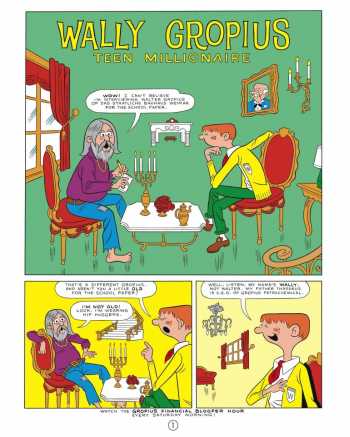 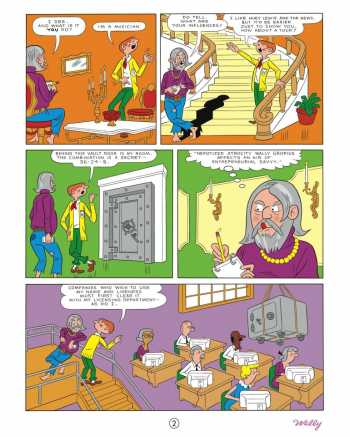 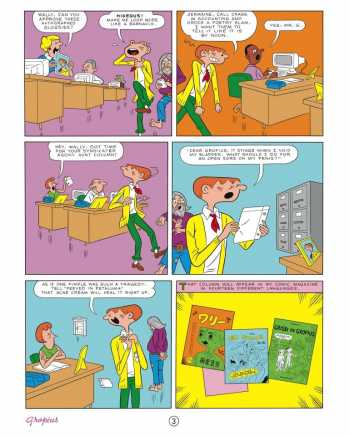 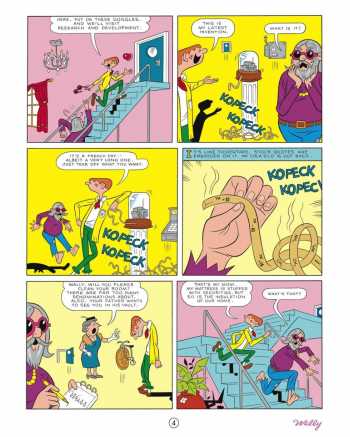 Superficially resembling 1960s teenage humor comics, Tim Hensley s graphic novel Wally Gropius is actually an acute satire of power, celebrityhood, and modern culture that tells the story of the titular character, who bears a closer resemblance to a teenaged Richie Rich or a classmate of Archie Andrews at Riverdale High than he does the famous Bauhaus architect whose name he shares.

Wally is the human Dow Jones, the heir to a vast petrochemical conglomerate. When the elder Thaddeus Gropius confronts Wally with the boilerplate plot ultimatum that he must marry the saddest girl in the world or be disinherited, a yarn unravels that is part screwball comedy and part unhinged parable on the lucrativeness of changing your identity.

Hensley s dialogue is witty, lyrical, sampled, dada, and elliptical all in the service of a very bizarre mystery. There s sex, violence, rock and roll, intrigue, and betrayal all brought home in Hensley s truly inimitable style. Created during an era when another well-off W was stuffing the coffers of the morbidly solvent, Wally Gropius transforms futile daydreams and nightmares into the absurdity of capital.

One of my favorite graphic novels of all time. Hilarious and utterly unique, Wally Gropius is a work of unassuming genius that rewards on ever-deepening levels with each rereading. Daniel Clowes