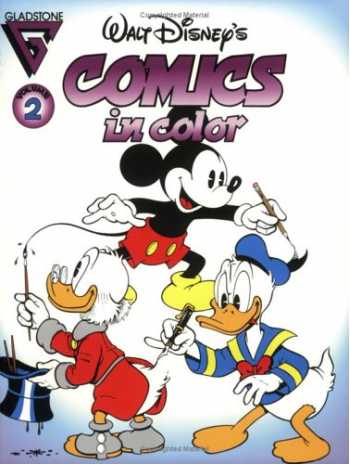 One of seven rebound collections of Walt Disney comic albums published by Gladstone. Each discount-priced volume had 2-4 albums that were part of Gladstone Publishing's regular and Giant monthlies that came out during the years 1988-1990. The contents of these books are identical to the individual issues, deleting only the original covers. Each collection had a new cover drawn especially for this series by fan favorite Don Rosa.