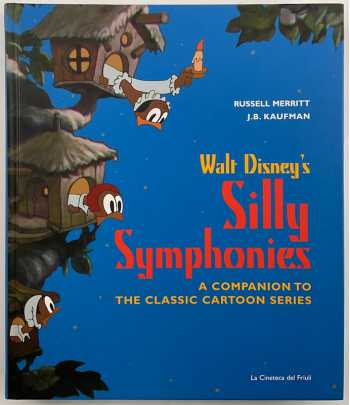 The original edition, published in Italy, of this important Disney animation reference. In English. With over 200 color and black and white illustrations.

Launched by Walt Disney in 1929 as a "musical novelty" series to complement his recent success with Mickey Mouse, the Silly Symphonies soon became much more.This line of delightful, innovative animated cartoons ran for ten years and produced such classics as Three Little Pigs, The Tortoise and the Hare, Music Land, and the Old Mill. Silly Symphonies won every Academy Award given to animation shorts throughout the 1930s. Here in one richly illustrated volume is the complete history of the series, with thoughtful commentary and individual entries for all the films. From the authors of the prize-winning Walt in Wonderland: The Silent Films of Walt Disney.