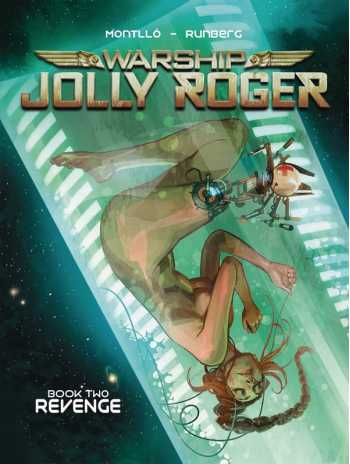 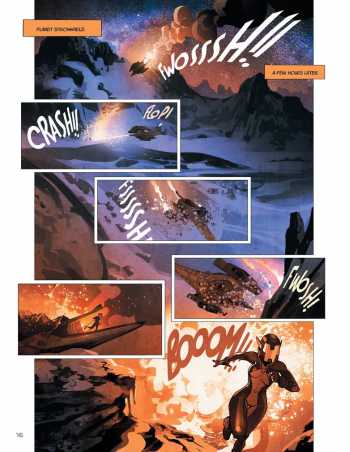 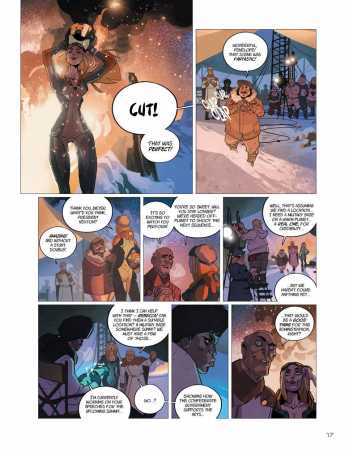 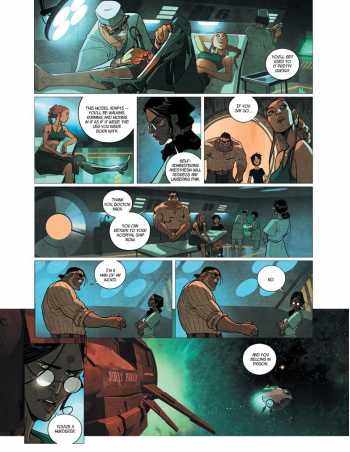 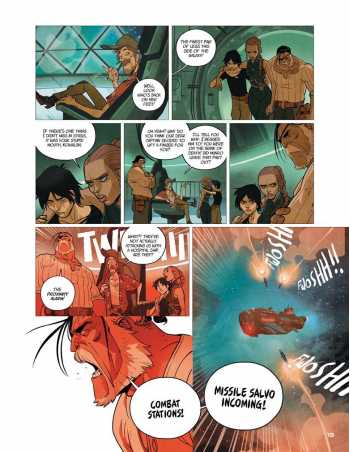 The French bande dessinee series now in English. This combines Tomes 3-4 from Dargaud.

Following the events in volume one, commander Jon Tiberius Munro is reeling from the death of his son, while Vexton, the man responsible, campaigns for the presidency of the Galactic Federation. Not only is Vexton preparing to claim the most powerful seat in colonized space but also the hand of one of the galaxy's most popular holoactresses, Penelope, in a public spectacle of marriage. Everything seems to be going Vexton's way, but he has no idea what lengths Munro and his crew will go to for revenge...

In a gritty, star-spanning future, where mankind has colonized planets throughout the galaxy, former Confederation Commander Jon T. Munro was serving a life sentence for a war crime he was forced to commit. When a prison break runs amok, however, he seizes the opportunity to escape with a ragtag team of cons to form a small crew of pirates with one goal in mind: vengeful justice. And the first step in their plan is to steal the battle cruiser he once commanded, a state-of-the-art warship they call "The Jolly Roger."

A visually stunning sci-fi adventure, written by Sylvain Runberg (Millennium), with breathtaking artwork by Miquel Montllo, this epic tale of space pirates and political intrigue combines the emotional depth and excitement of sci-fi favorites such as Battlestar Galactica and Starship Troopers with a visual style that leaps off the page like an animated feature film. This second volume concludes the four-chapter tale of revenge (volume one contained the first two chapters), as each of the four lead antiheroes are revealed for the broken individuals they are, secretly desperate for redemption, no matter the cost.