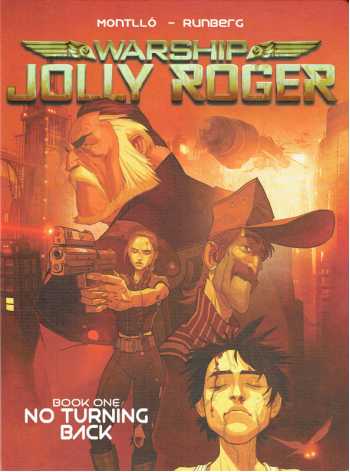 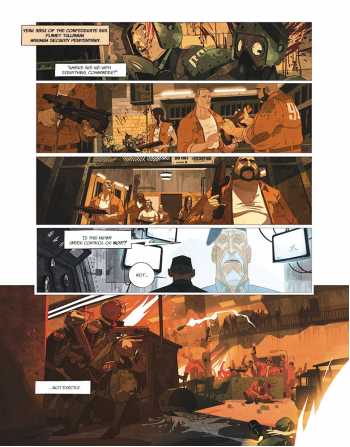 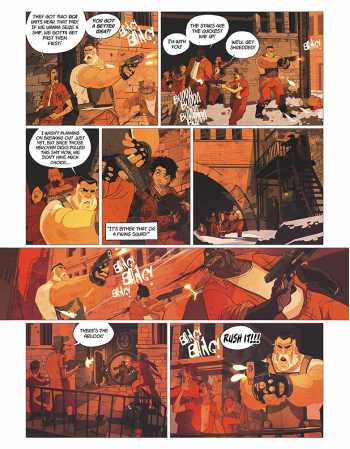 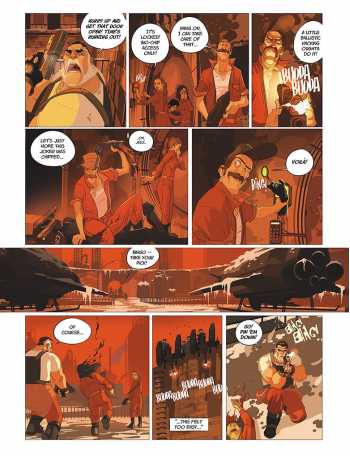 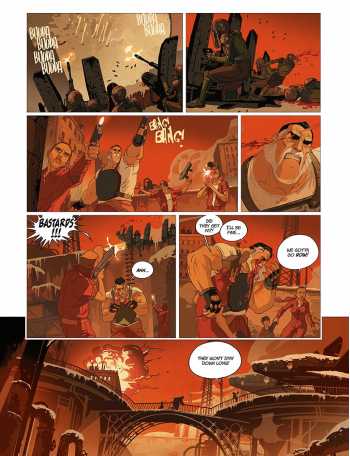 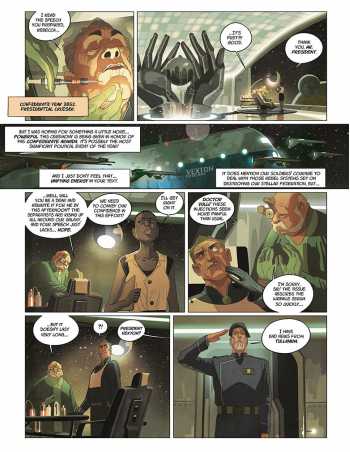 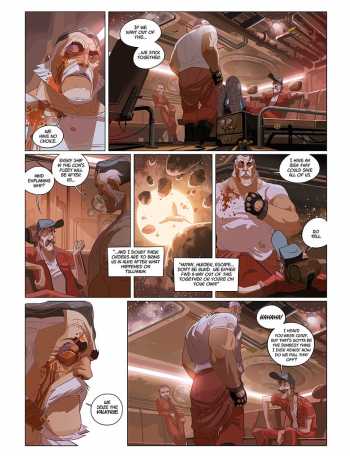 Confederation Commander Jon T. Munro was serving a life sentence for a war crime he was forced to commit, left to take the fall for the politicians and brass who were truly to blame. But now he is free, after a jailbreak gone awry, and in possession of the most powerful cruiser in the Confederate Armada, which he renamed "The Jolly Roger."

On the run with a rag-tag crew of misfit ex-cons, his agenda is simple: JUSTICE.  In a gritty, star-spanning future, where mankind has colonized planets throughout the galaxy, former Confederation Commander Jon T. Munro was serving a life sentence for a war crime he was forced to commit. When a prison break runs amok, however, he seizes the opportunity to escape with a ragtag team of cons to form a small crew of pirates with one goal in mind: vengeful justice. And the first step in their plan is to steal the battle cruiser he once commanded, a state-of-the-art warship they call "The Jolly Roger".

BOOK ONE: NO TURNING BACK contains the first two chapters in this visually stunning sci-fi adventure, with breathtaking artwork by series creator Miquel Montllo and written by Sylvain Runberg (Millennium), this epic tale of space pirates and political intrigue combines the emotional depth and excitement of sci-fi favorites such as "Battlestar Galactica" and "Starship Troopers", with a visual style that leaps off the page like an animated feature film.  About the creators: Miquel Montlló - creator/illustrator  Artist Miki Montlló was born in Barcelona, Spain, but spent much of his childhood moving from city to city. This may explain his state of constant flux, that may be evident in his constantly evolving style, running the gamut from classic cartoon to academic life drawing. Constantly adapting to new environments, he found a stable universe within his imagination, first inhabited by dinosaurs, giant monkeys, and spaceships, then by Spanish and Franco-Belgian comic characters of the 80s and the 90s, then by American and Japanese superheroes.

An enthusiastic fan of science fiction and horror, he has made his attraction to the unusual a characteristic element in his work.  His professional career has also shown a predilection for diversity. After completing his studies at Escola Joso de Cómic in Barcelona, his first major break was on the cult Spanish animated movie "Nocturna", which he worked on for over a year. In advertising he has collaborated on projects for brands such as Ikea, Pascual, Evax, Audi, Bimbo, Brugal, Nokia, Vodafone, and Chesterfield, among others. In the video game industry he has collaborated with the Spanish Pendulo Studios and the British Revolution software, creators of the legendary saga Broken Sword. He has also worked on feature films such as the award-winning The Impossible, by director J. Bayona. But it was in 2011 that he abandoned everything to accomplish his childhood dream of becoming a comic book artist, creating his own project, "WARSHIP JOLLY ROGER," which first attracted the attention of the Belgian publisher Dargaud.

He is now finishing the third book of this saga, with the first two books published in French, Spanish, German, and now English.  He combines his professional career with a semi-nomadic lifestyle, splitting his time between Ireland and Germany, collaborating with the Oscar nominated animation studios Cartoon Saloon in Ireland and Laika in the USA. In his down time he teaches for the online art school CGMA. Sylvain Runberg -writer - Sylvain Runberg was born in Belgium in 1971, and grew up bouncing between the cities of Stockholm, Marseille, and Paris. After graduating with a degree in Plastic Arts and an MA in Political History, he began his literary career working for Humanoides Associes Publishing, handling titles by illustration titans such as Moebius and Enki Bilal.

His first original series, ORBITAL, was released in 2006, quickly spring-boarding a prolific career penning more than 50 original graphic novels published by several of the largest publishers in France, with many of them translated into more than 15 languages.

In total, to date, he has sold over 1 million books worldwide.  He is characterized as one of the brightest and most versatile writers in the field by the variety of worlds he has created. Preferring not to be confined to any particular genre, often dipping into his own experiences, personal history, or contemporary reality in order to develop his story ideas, be they space opera, social science fiction, psychological thriller, fantasy, horror, crime, or historical fiction. He has received numerous awards, and has most recently gained widespread acclaim for his adaptation of Stieg Larsson's "Millennium" trilogy, a 6 volume series noted for is gripping visual presentation by both the European media, with translations published in 13 others countries. He is now working on an official exclusive sequel series to the trilogy, focusing on the continuing story of Lisbeth Salander, for release in 2016.