Sign in | Register
HomeAnimation & FilmWatchmen: The Art of the Film
Save 38% 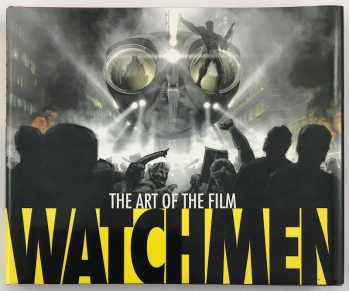 Discover how director Zack Snyder (300) and his crew faithfully recreated the intricately detailed world and characters of the legendary graphic novel in the eagerly awaited film adaptation.

From the New York City of an alternate 1985 to the surface of Mars, the film adaptation of Watchmen is a triumph of design, filled with unique characters and layer upon layer of arresting detail.

Featuring scores of production designs, set photos, costume sketches, storyboards and other pieces of conceptual art, Watchmen: The Art of the Film is a lavish celebration of a comic book made real.

Very Good+ in Very Good+ dustjacket (small tears to the front endpaper along the hinge, mild shefwear to book and dustjacket)