Sign in | Register
HomeNew ArrivalsWeird Love Vol. 1: You Know You Want It!
Save 20% 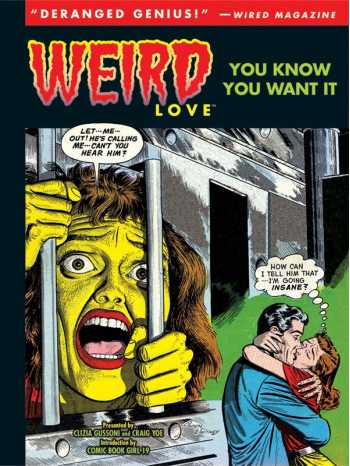 Weird Love collects the first three issues of the so-bad-it's-good comic book that is the buzz of geekdom! Plus, a raging bonus showcase of the most bizarro and sexy romance comic book covers!

"Some of the, yes, weirdest comics ever produced were the "true love'' and "young romance'' comics of the 1950s and '60s. Enter Yoe and wife Gussoni who have restored some of the most bizarre tales in the THE MUST-READ REPRINT BOOK OF THE YEAR, Weird Love." -USA Today