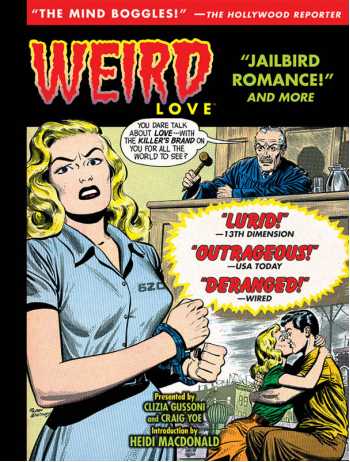 Your mind will be blown when you read: Jailbird Romance!, Never Love A Man With A Harem!, Hobo Girl, Innocence Was My Angle, Backroads Romance, and I Tortured My In-Laws, plus many more!

With an introduction by Heidi MacDonald of The Beat: The News Blog of Comic Culture!

Vice magazine has called Craig Yoe the Indiana Jones of comics historians. Publishers Weekly says he's the archivist of the ridiculous and the sublime and calls his work brilliant. The Onion calls him the celebrated designer, The Library Journal, a comics guru. BoingBoing hails him a fine cartoonist and a comic book historian of the first water. Yoe was Creative Director/Vice President/General Manager of Jim Henson's Muppets, and a Creative Director at Nickelodeon and Disney. Craig has won an Eisner Award and the Gold Medal from the Society of Illustrators.