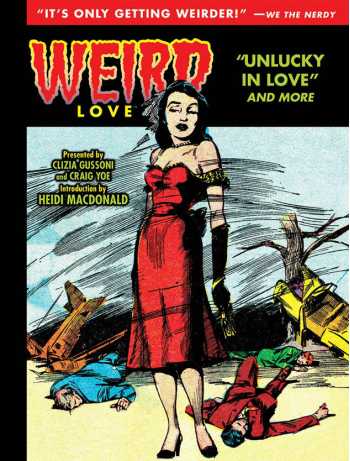 We don't mind if you read these romance comics sincerely.

Guilty pleasures abound in this cult hit! Read these lurid, sleaze comics: Fast Girl, They Called Me Tramp! My Kisses Brought Death, It's Like Love Pussycat, Siren of the Tropics, My Love Was Auctioned Off! and many more. Includes the bizarro tale that you're sure to relate to: Beauty Is A Curse!

Sexy Good Girl art, OMG/LOL stories and a fascinating intro by The Beat's Heidi MacDonald make this a must have book!