Sign in | Register
HomeNew ArrivalsWeird Love Vol. 6: So This Is Love!
Save 20% 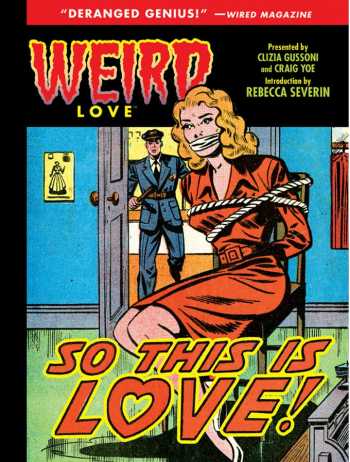 We don't mind if you read these romance comics sincerely.

Off-beat stories abound in this celebration of the lurid and sometimes sleazy history of romance comic books. Edited and packaged by Eisner Award-winner Craig Yoe.

Punk rock star and graphic novelist Rebecca Sevrin introduces these LOL bizarro, lurid, and looney romance comic book stories from the 1950s, '60s, and beyond! Your jaw will drop over the WTF wacky pulp fiction with...

- COMMIES in Iron Curtain Romance!
- KOOKY TEENAGERS hot for teacher in Too Young for Love!
- SWINGERS in the appropriately titled Swingers!
- AND the cover story So This Is Love!

Twenty mind-blowing stories in all, plus a cover gallery!