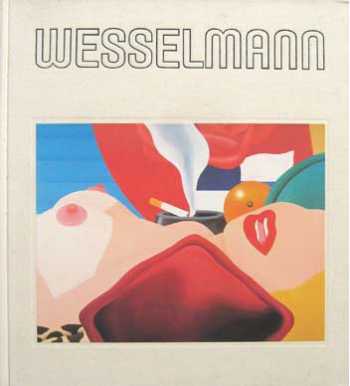 "Whilst in the army he began drawing cartoons and afterward studied art at the Cincinnati Art Academy and then the Cooper Union.

"It was after his first one-man exhibition at the Tanager Gallery, New York, that he became known as one of the leading figures in American Pop art.

"This monograph is both a visual retrospective and informed critical account of Tom Wesselmann's work."

cloth with an onlaid color plate