Sign in | Register
HomeNew ArrivalsWill Eisner's The Spirit: A Celebration of 75 Years 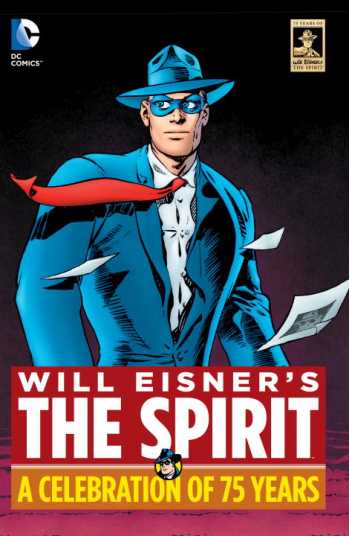 Universally celebrated as one of comics -- most influential creators, Will Eisner broke new ground with nearly every project he undertook during his long and extraordinary career. But no creation was more ambitious, innovative, or ahead of its time than the weekly serial he launched in 1940 -- The Spirit!

Over the twelve years of its initial publication, this legendary strip revolutionized the cartooning medium, establishing new methods of storytelling, developing new depths of characterization, and demonstrating to readers everywhere that comics could truly be an art form. In the years that followed, fans and professionals alike regularly revisited The Spirit to rediscover the features timeless appeal.

To honor the 75th anniversary of Eisner's historic achievement, DC Comics is proud to present this deluxe edition collecting more than four hundred pages of the Spirit's four-color adventures. Beginning with his very first appearance in print, WILL EISNERS THE SPIRIT: A CELEBRATION OF 75 YEARS follows the indefatigable criminologist Denny Colt across the decades to his most recent re-imaginings by some of contemporary comics greatest talents -- including Neil Gaiman, Alan Moore, Eddie Campbell and Darwyn Cooke.