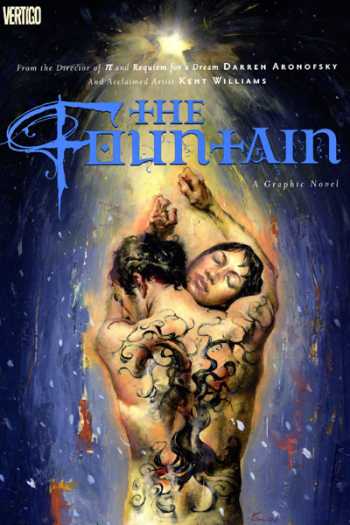 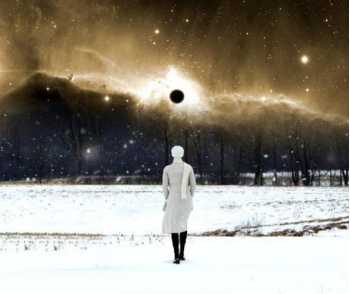 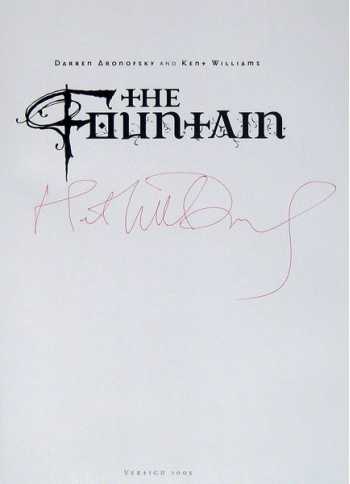 Signed by the artist.

A painted graphic novel. Art, Cover Art, and Publication Design by Kent Williams. Out of print in hardcover.

Darren Aronofsky proved himself a film maker to watch with his provocative debut, Pi. His follow-up, Requiem for a Dream, continued the accolades, receiving Golden Globe and Academy Award nominations.

His latest film, The Fountain, is presented here as a gorgeously painted, oversized original graphic novel about the timeless truths of life, love and death.

1535, where Thomas is a captain of a Spanish army that enters into a spectacular march through Mayan temples and Central American jungles in order to find the key to eternal life for his love, Queen Isabel;
the present day, where Thomas is a doctor trying to find the cure to the cancer that is slowly killing his wife;
and the far future, where Thomas is an explorer, traveling through space, trying to save the life of a tree that represents the memory of his wife.

When his plans for the ambitious, millennia-spanning fantasy film The Fountain were derailed, Pi and Requiem for a Dream director Aronofsky recast the story as a graphic novel, and although the movie was subsequently revived (starring Hugh Jackman and Rachel Weisz; it's due out later this year), the comics version stayed on track.

Its three parallel stories, set in sixteenth-century Central America, the present day, and the distant future, respectively, depict the same man as a conquistador, a scientist, and an interplanetary explorer, always trying to prevent the death of the woman he desperately loves.

Aronofsky's epic boldly blends mysticism and science, which coalesce in the hero's discovery of the mythical Tree of Life.

Not simply an adaptation of the movie - the screenplay that is its basis being significantly altered when the film project was revived-the lavish, oversize graphic novel ought to be fascinating to compare with the released movie.

Fine/Fine
Signed by the artist