Sign in | Register
HomeNew ArrivalsWinsor McCay, His Life and Art - Revised and Expanded Edition
Save 22% 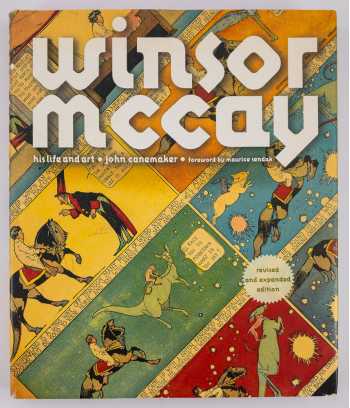 An illustrated biography of the comic strip creator and animator. Introduction by Maurice Sendak. Out of print.

This volume is the only existing biography of one of America's greatest and most influential cartoonists. Winsor McCay (1867-1934) is universally acknowledged as the first master of both the comic strip and the animated cartoon. Although invented by others, both genres were developed into enduring popular art of the highest imagination through McCay's innovative genius. Originally published in 1987, it is now back in print in a newly expanded and revised edition on the occasion of the 100th anniversary of Little Nemo in Slumberland. Included are new materials found since the previous publication of the book such as new comic strips of Little Nemo in Slumberland, and new sketches of Gertie the Dinosaur.

In the book the author reviews and fully analyzes McCay's achievements in print and film while examining his work in relation to his life, family, and to American culture and values of the period. This painstakingly thorough biography begins with McCay's childhood in Michigan to his seat as one of the greatest of the early animators.