Sign in | Register
HomePortfoliosWomen of the Ages Portfolio - Signed & Numbered 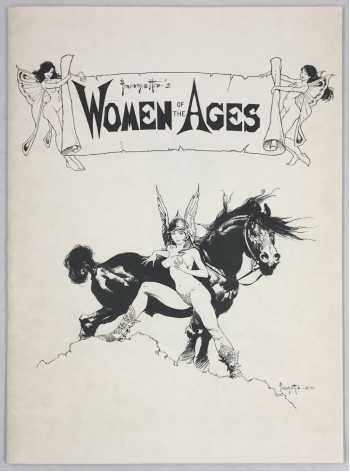 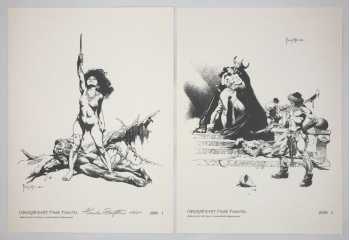 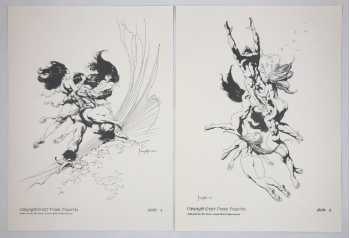 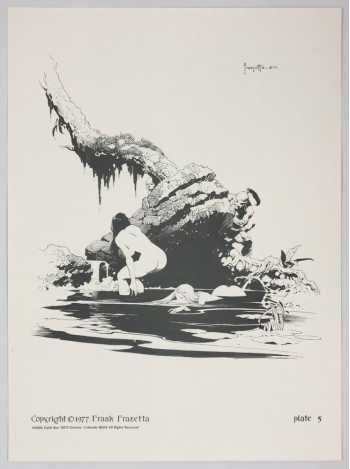 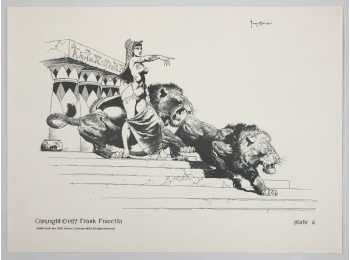 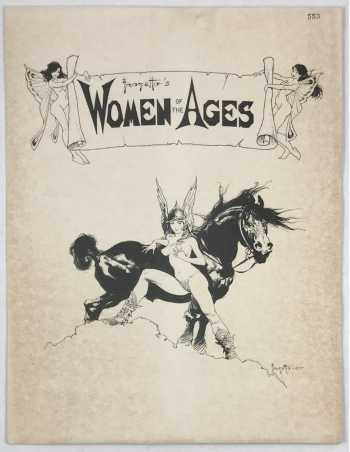 Seven fantastic pen-&-ink drawings of Frazetta's favorite subject matter. This was the last of only three signed & numbered Frazetta portfolios (The Lord of the Rings, Kubla Khan, Women of the Ages). And arguably the most popular.

The six plates (including the signed & numbered Plate 1) are in pristine mint condition, as is the Certificate of Authenticity issued by Middle Earth.
The folder (with a seventh image) is also mint other than a very slight even tan staining.
The envelope (with the same image as the folder) shows a moderate brown staining to the front and very slight wear