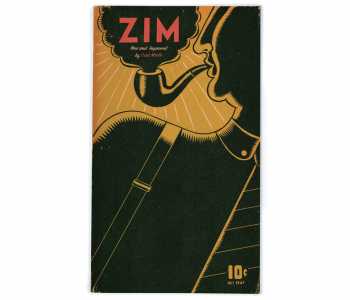 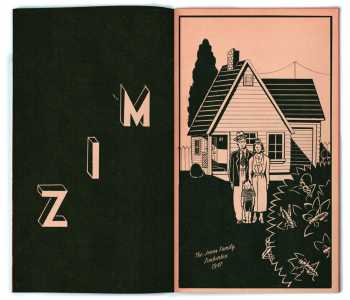 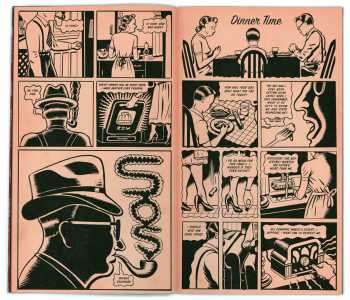 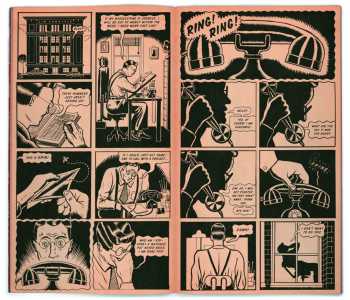 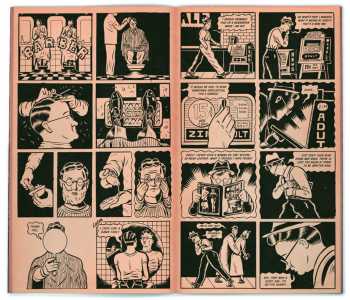 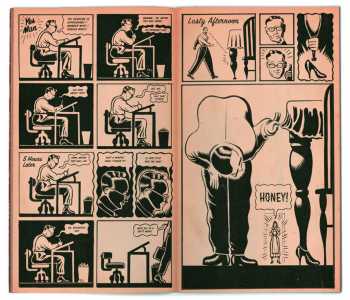 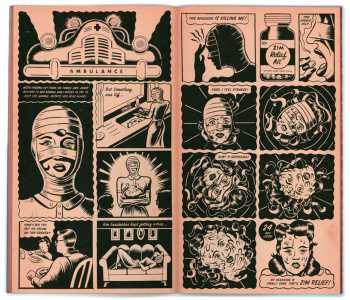 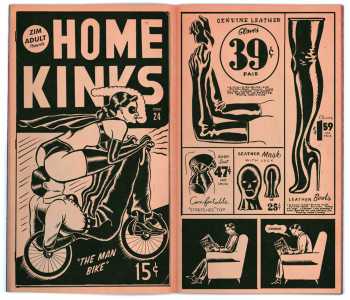 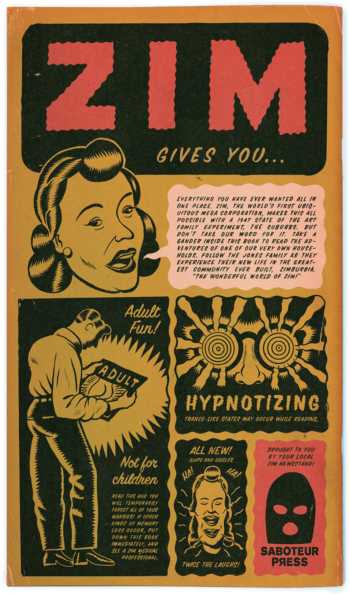 ZIM is a 8.5" x 14.5" tall comic book that is 48 pages of silly and bizarre stories about a single family that moves into a strange suburban community in post war America. This comic book was created entirely using traditional non-digital means (brush, pens, and paper) as a way of making it look authentically aged.

ZIM gives you everything you have ever wanted all in one place. ZIM, the world's first ubiquitous mega corporation, makes this all possible with a 1947 state of the art family experiment, the Suburbs. But don't take our word for it. take a gander inside this book to read the adventures of one of our very own households. Follow the Jones family as they experience their new suburban life in the greatest community ever built: Zimburbia, where you will experience "the wonderful world of ZIM!"

Curt has been publishing books since 2013 under his publishing company Saboteur Press. Curt's work has also appeared on album covers, theater posters, and in movies.