Sign in | Register
HomeAnimation & FilmA Dragon on the Hill Road 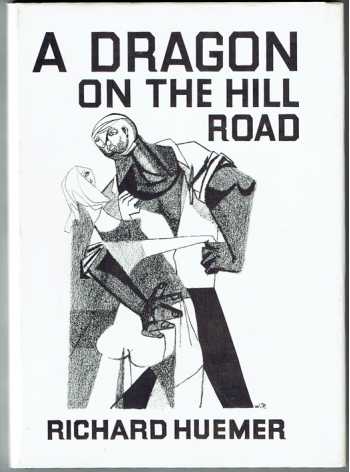 Written and illustrated in 1958 by two veteran Disney animation artists, a narrative poem in which Lancelot, by the magic of Merlin's horn Oliphant, is transported to 20th century Tennessee.

Written by Dick Huemer and illustrated by Walt Peregoy. Likely self-published by Huemer.

Huemer joined the Fleischer Studio in 1923 where he developed the Koko the Clown character. Later he worked as an animator and director for the Charles Mintz studio. He subsequently moved to the Disney Studio, where he remained for the duration of his career. Huemer's credits include Fantasia (story director) and Dumbo (screenplay).

Peregoy was lead background painter on Sleeping Beauty (1959) and color stylist and background artist on One Hundred and One Dalmatians (1961) and The Sword in the Stone (1963).