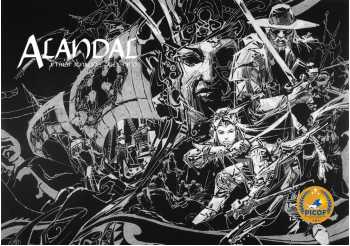 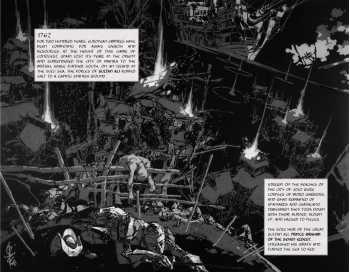 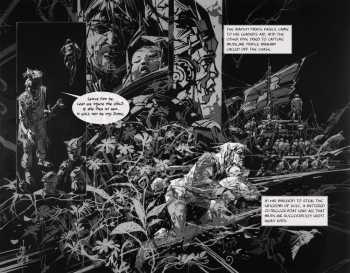 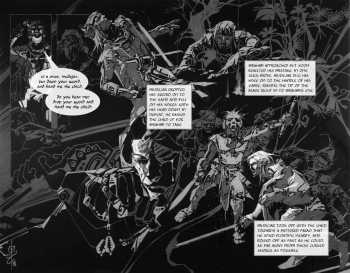 A new graphic novel illustrated by comic book legend Alex Niño, 'Alandal' is a swashbuckling historical epic of conquistadors and pirates set in the Philippines in 1774.

This landscape-format graphic novel is all about the adventures of the young Sabina, her coming of age into her identity and an eventual date with destiny, as she trains under her father, the former conquistador who's been exiled by the Spanish colonial forces.

Like his later work for the Warren magazines, Alex' page designs eschew traditional comics panels instead opting for an integrated page of images more akin to a mural--or closer to the comics pages of Druillet.