Sign in | Register
HomeNew ArrivalsAlien to Zombie: An ABC Book of Monsters and Spooks - Signed 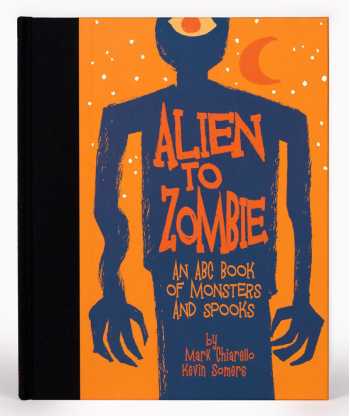 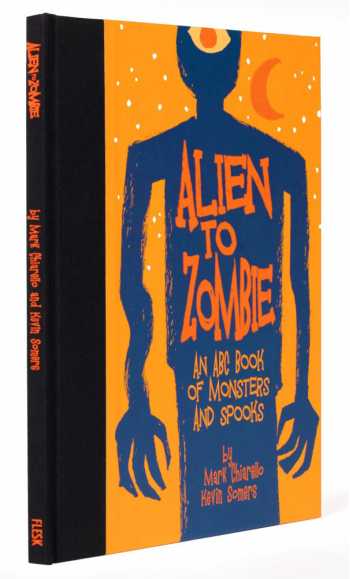 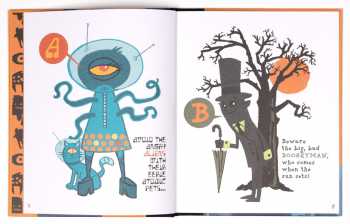 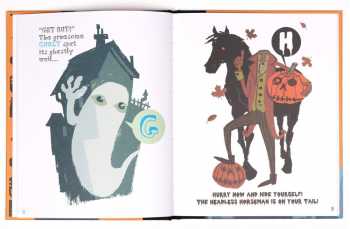 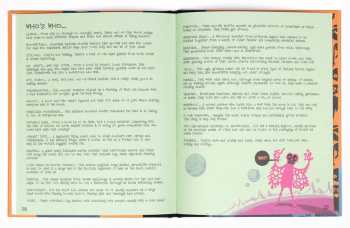 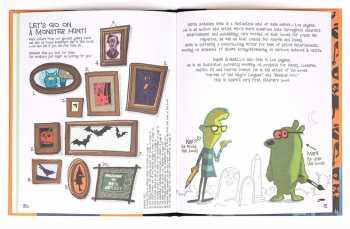 Alien to Zombie brings everyone's favorite creatures of the night to life like never before--and in alphabetical order!

After a successful caper chasing a gang of disembodied teen ghouls from an abandoned junior high school, paranormal investigator and legendary artist Mark Chiarello (Heroes of the Negro Leagues, Baseball 100) found himself stranded in a ghost town just on the outskirts of nowhere along with his wordsmith and fellow ghost-chaser, Kevin Somers (Meaner Than Meanest, Ben 10). There they were met by an unsettling stranger with an even more unsettling wager--to stay the night in California's most notorious haunted hotel!

Without hesitation, the two agreed and took up residence for the night in the creepiest old manor anyone had ever set eyes on. But the sheer horror of this unholy place was more than they bargained for. They'd have to take drastic measures if they were to make it to dawn…

In a stroke of genius (or perhaps madness), the two swiftly went to work making the ultimate tool to fight fear--Alien to Zombie: An ABC Book of Monsters and Spooks!

By sunrise, our heroes' fears and nightmares were replaced with laughter and cheers, all thanks to the playful yet powerful hardcover book the two crafted. Its spine is bound with an elegant fabric, and it's filled with 32 lush pages of charming yet chilling artwork along with almost hypnotizing word-play. Alien to Zombie: An ABC Book of Monsters and Spooks brings everyone's favorite creatures of the night to life like never before--and in alphabetical order!

We're confident this book will be a delightful romp for thrill-seekers of all ages. But, more importantly, it's sure to be the most potent educational tool of our times, guaranteed to dispel all fears both real and imagined!

Mark Chiarello was born on Halloween. (Really!) He is a graduate of Pratt Institute and is the former Art and Design Director for DC Comics. Mark is the artist of the books Heroes of the Negro Leagues, Baseball 100, and Alien to Zombie. He lives in Los Angeles, California and is currently illustrating projects for Disney, Netflix, DC, and Marvel Comics.

Raised by wolves, Kevin Somers learned to draw shortly after learning to bark at the moon. His hunger for adventure has taken him across a long, winding path through the vast timberlands of storytelling. The first pack he ran with was The Mighty Marvel Comics Group--first getting his paws wet as an editor working on Epic titles such as Akira and a variety of Moebius graphic novels. He roamed wild in comics for more than a decade, regularly producing art and color art for dozens of Marvel and DC titles, including The X-Men and various Batman limited series, as well as writing and drawing comics for the Marvel Kids line. Kevin then strayed deeper into the brambles of storytelling, illustrating and/or authoring a variety of children's books, including Meaner Than Meanest for Disney Publishing. Kevin also has sunk his teeth in commercial and entertainment projects, doing concept development, illustration and storyboard work for places such as Hill Holiday and Nickelodeon.

Kevin currently can be found scrapping away in Tinseltown, where he's a contributing writer for Man of Action Entertainment, working on a variety of boys' action/adventure series such as Ben 10 & Power Players.