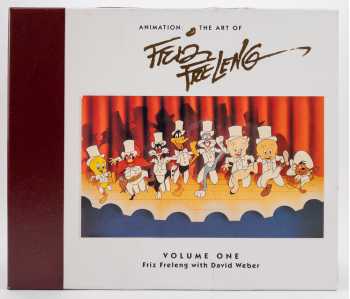 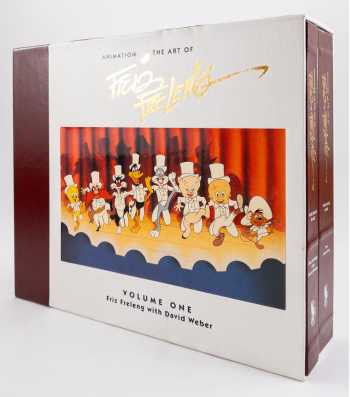 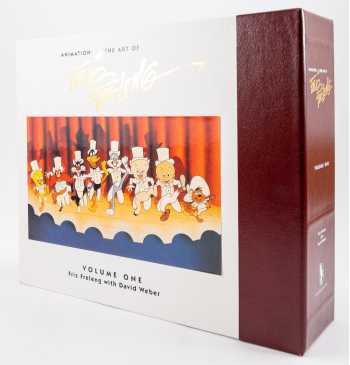 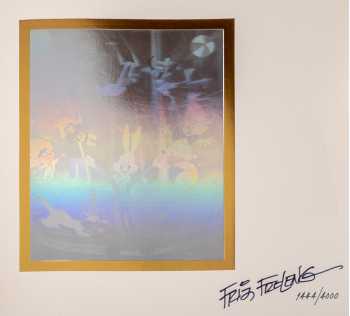 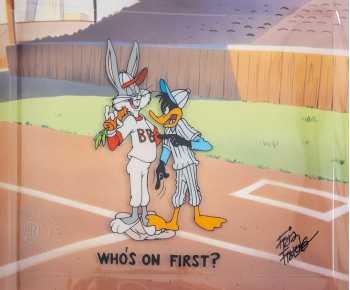 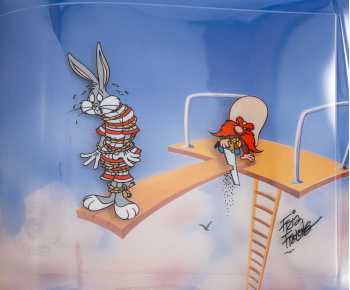 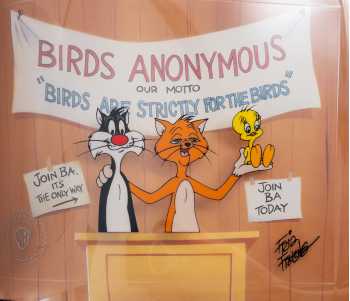 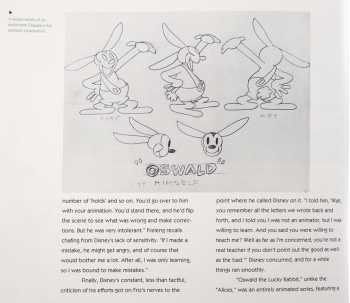 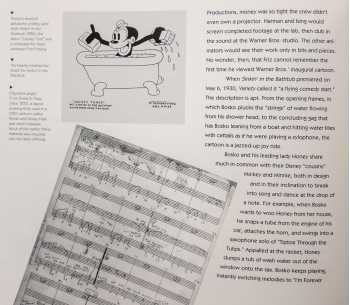 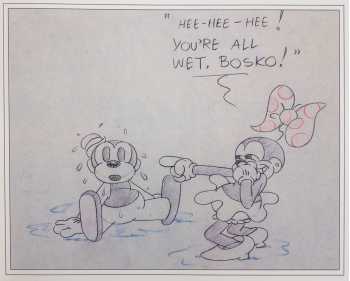 The only monograph devoted to this Academy Award winning animation director/producer (Warner Bros, Depatie-Freleng), created with his full cooperation. 240 pages on his life and career.

This set includes a S&N hardcover book, with three sericels bound into the book, a hologram, a softcover booklet, VHS tape, audio cassette, and a Certificate of Authenticity. All contents housed in a custom slipcase.

This is one of the complete packages, Set #1444, including the three sericels.

Includes the following: 1. Leatherbound book signed by Friz Freleng and numbered, from the limited edition of 4000 (200 artist's proofs also exist). This book contains the story and history of Friz Freleng and Warner Bros. Studio in over 240 pages of photos, drawings, animation pieces and artwork. 2. Three sericels exclusively created by Friz Freleng for this volume bound into the book. 3. Friz's only hologram entitled "Circus". 4. A definitive video study, "Friz Freleng: Frame By Frame" a feature length documentary which includes exclusive in-depth interviews with Friz Freleng. The only one of it's kind in existence. 5. A fascinating audio tape of "Friz Freleng: Words and Music". 6. An animator's work book -- Depicting the creation of the cartoon "A Pizza Tweety Pie" from story board drawings to animation. This is the only multi-media collectible published about five-time academy award winner Friz Freleng and is a must for any animation fan.

Originally published in two variations: The first variation of 2,000 sets has three limited edition sericels bound into the book, the second variation of 2,000 sets does not have the three sericels. The publisher needed to reduce production costs for this book when Warner Bros. canceled a large order. As a result, Donovan Publishing decided not to include the sericels half way through the binding process as a cost reduction measure.

Both variations have the first and only hologram Freleng ever designed, on the signature page. This rare folio comes with the signed and numbered book Animation: The Art of Friz Freleng, which describes Freleng's life and career and includes many photos and reproductions of Freleng's work (Bugs Bunny, Daffy Duck, Road Runner, Elmer Fud, Porky Pig, Tweety Bird, Sylvester the Cat, Speedy Gonzales, and many more). The folio also includes a video tape entitled: "Frame by Frame", a cassette tape titled "Words and Music", and a booklet titled "Backstage with Friz and Co". A signed certificate of authenticity from the publishers with hologram is also included. This sets without sericels were originally listed at $595 when first published, and the sets with the sericels originally were listed at $2,500 and sold primarily through art galleries.