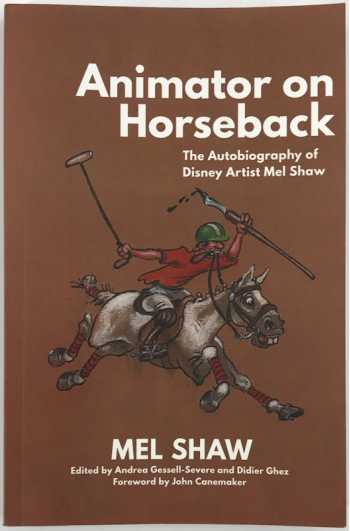 From Bambi to The Lion King Mel Shaw's incredible career as a Disney artist and animator began in 1942 when Walt Disney offered him a job during a game of polo. Packed with nearly 400 illustrations and photos, including exclusive Disney concept art, Animator on Horseback is the story of Mel's life, in his own words.