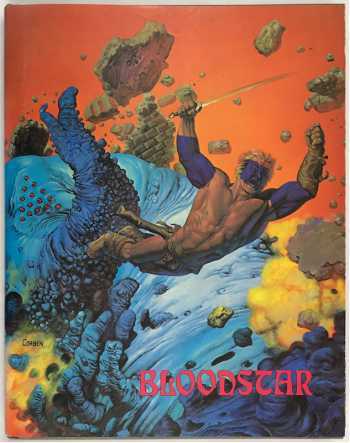 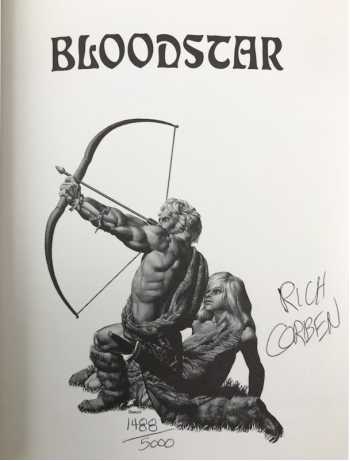 The Robert E. Howard sword & sorcery novel made into a classic 1976 graphic novel by the great master Richard Corben.

The dust jacket reads: "BLOODSTAR is a new, revolutionary concept -- a graphic novel, which combines all the imagination and visual power of comic strip art with the richness of the traditional novel."

The story is an adaptation of Robert E. Howard's original short story "The Valley of the Worm", which appeared for the first time in Weird Tales (February 1934). According to an interview with Corben in Heavy Metal magazine, Armand Eisen and Gil Kane contacted Corben and asked him if he wanted to work on the book. Gil Kane changed the hero's name from "Niord" to "Bloodstar" and created the design of a star mark on his forehead. John Jakes expanded the story and then Richard Corben revised, rewrote it and added further content.

Mild age toning otherwise Fine in Fine dustjacket
#1488 of 5000 numbered copies. This is one of the first 2000 copies signed by the artist.