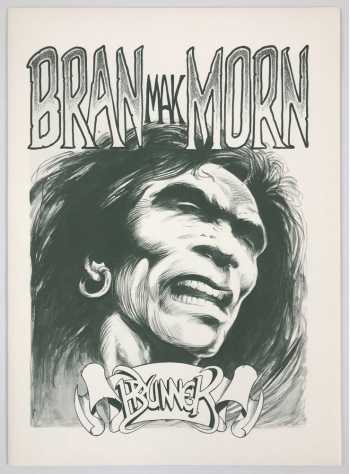 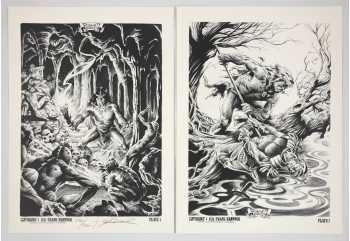 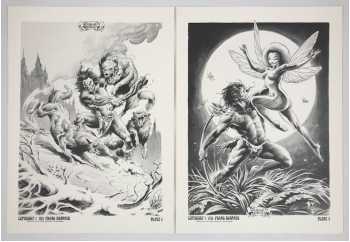 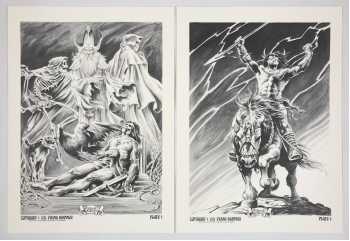 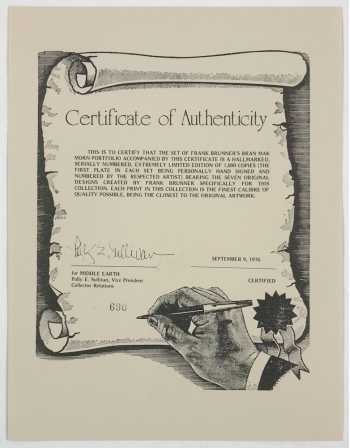 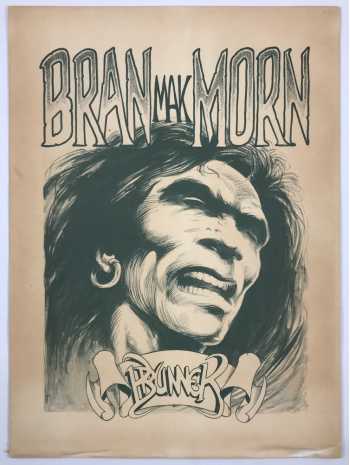 Seven illustrations from Frank Brunner's peak period: he had just finished his runs on Dr. Strange and Howard the Duck.

The six plates (including the signed & numbered Plate 1) are in pristine mint condition, as is the Certificate of Authenticity issued by Middle Earth.
The folder (with a seventh image) is also mint.
The envelope (with the same image as the folder) shows a moderate brown staining and very slight wear.