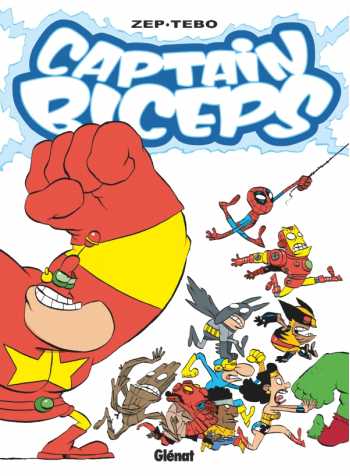 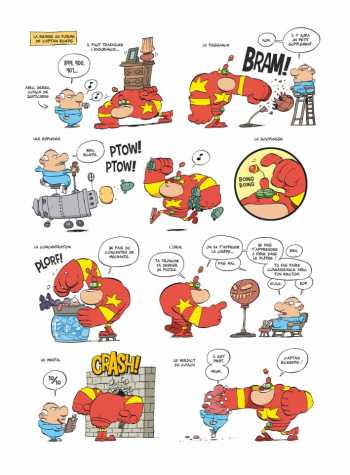 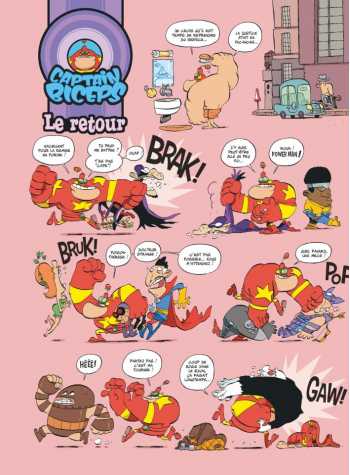 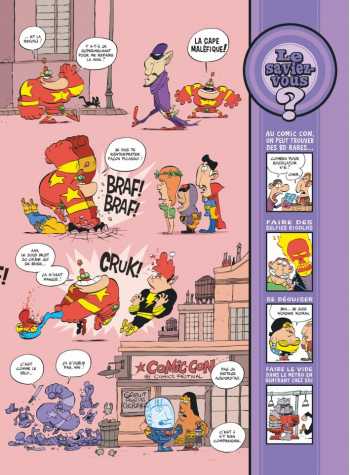 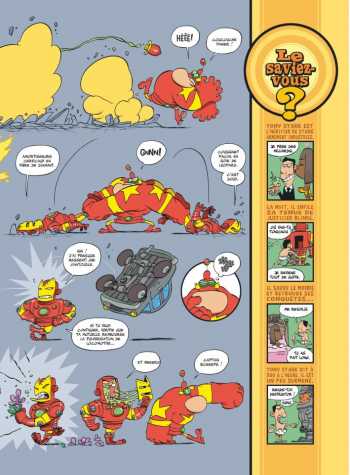 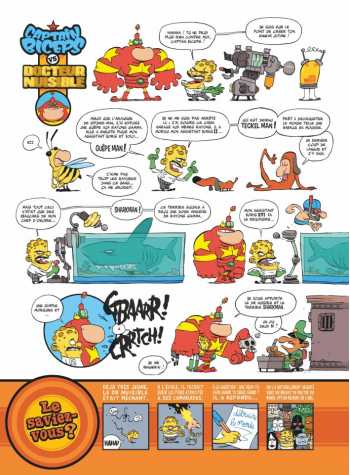 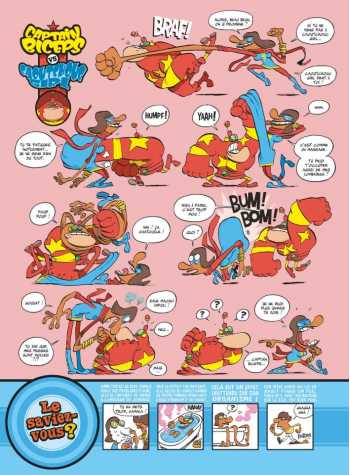 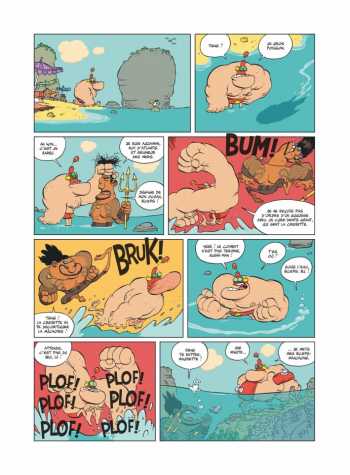 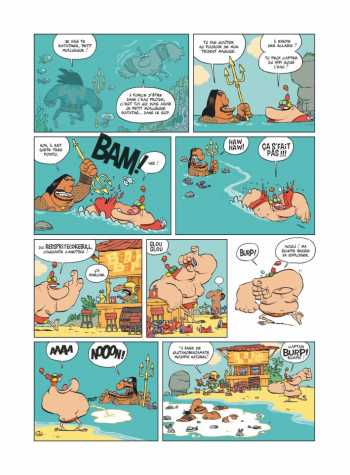 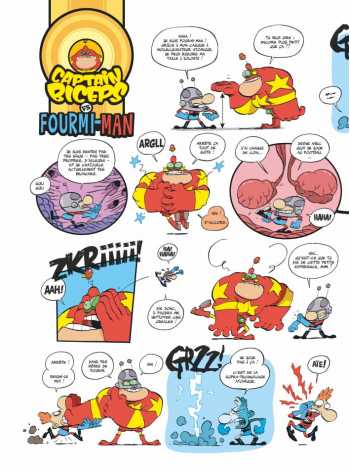 Captain Biceps: Even Chuck Norris is afraid of him.

A small head planted on a body with imposing musculature, that's Captain Biceps, justice in red tights! The strongest superhero of all time! A vigilante unjustly forgotten by history, he alone is capable of breaking the face of all the costumed pusses in the galaxy.

After a series of masterful adventures with his loyal sidekick Genius, Captain Biceps is back, because justice never takes a vacation! After a fitness session by Derek, the vigilante coach, and a warm-up session with cosplayers as a punching bag, Tchô's cult superhero returns to service in a series of hilarious clashes, from which he always emerges victorious, but not always glorious ...

At a time when, across the Atlantic, superheroes in tights are on the rise, Captain Biceps sets the record straight for the French and reminds readers that it is time to return to true values: those who hit the hardest!