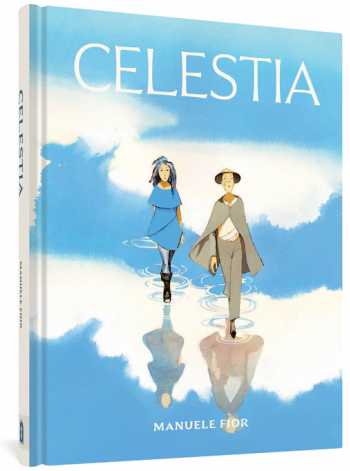 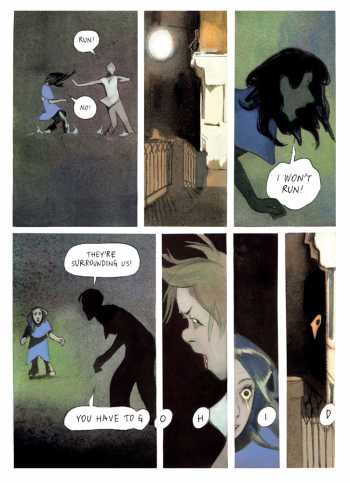 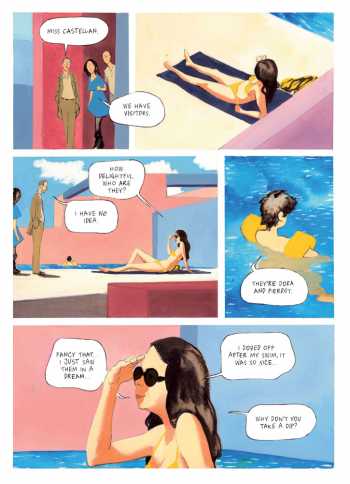 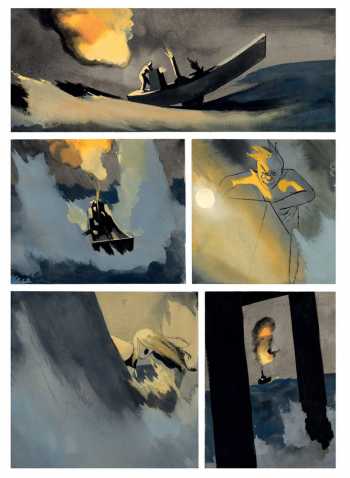 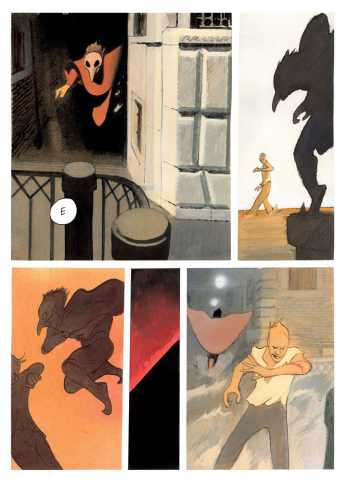 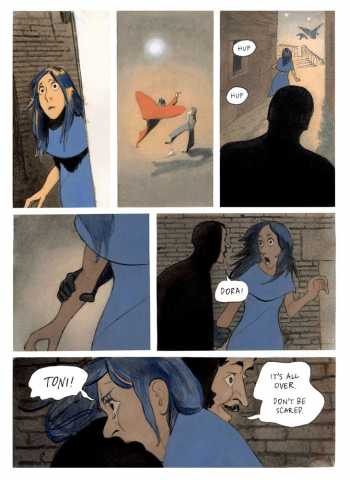 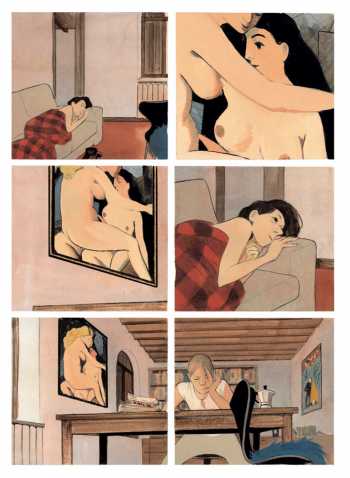 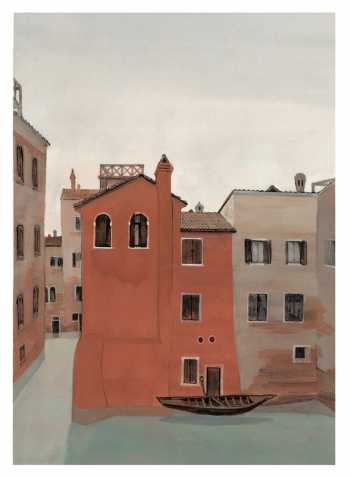 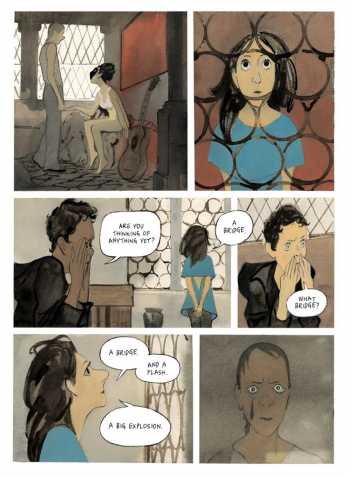 This highly anticipated new graphic novel from Manuele Fior (The Interview and 5,000 KM Per Second) showcases his singular talents as a once-in-a-generation visual artist and a deeply empathetic writer who uses science fiction to look to the future of humanity.

The “Great Invasion” originated from the sea. It moved north across the mainland. Many fled, while some took refuge on a small concrete island called Celestia, built over a thousand years ago. Now cut off from the mainland, Celestia has become an outpost for criminals and other misfits, as well as a refuge for a group of young telepaths. Events push two of them, Dora and Pierrot, to flee the island and set sail to the mainland. There, they discover a world on the precipice of a metamorphosis, though also a world where adults are literally prisoners of their own fortresses, unintentionally preserving the “old world” at a time when a new generation could guide society towards a better humanity. Celestia is the most ambitious and successful graphic novel to date by one of the world’s most exciting storytellers.