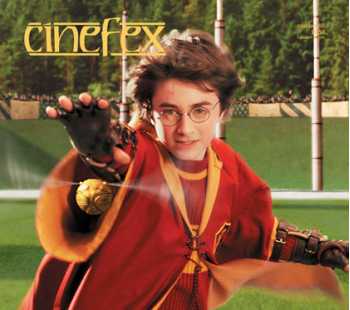 Harry Potter and the Sorcerer's Stone: Sleight of Hand - Article by Joe Fordham

Having single-handedly captured the fancy of an entire generation of adolescent readers and ignited a pop culture phenomenon, English author J.K. Rowling's Harry Potter novels - about a novice wizard and his magical adventures at a school for the supernaturally gifted - were ripe for translation to the big screen.
With Harry Potter and the Sorcerer's Stone, Warner Brothers has taken up the gauntlet, presenting the first installment in a highly anticipated movie series based on the Rowling books.

Director Chris Columbus, determined to remain faithful to the source material and its legion of fans, based the production in England and assembled an all-English cast, along with a virtual army of world-class artisans and technicians tasked with producing their own brand of alchemy in the service of the show.

Monsters, Inc.: Monsters in the Closet

The Fast and the Furious: Street Wars