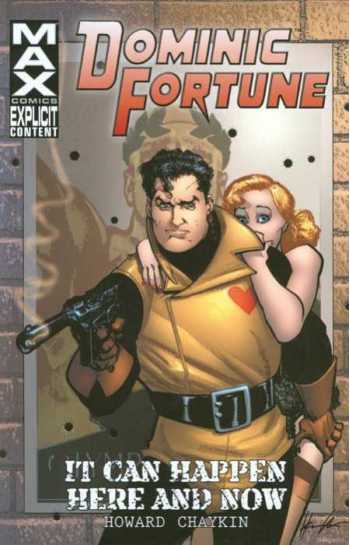 The depression's going strong, so when Dominic Fortune is hired to bodyguard Jock Madison, Vaughn Lorillard, and P.T. Oakley, three drunk and disorderly Hollywood stars, he jumps at the chance to pick up what looks like a few easy bucks, and maybe have a few laughs in the bargain. But when the trio of old school hambones and horndogs prove to be a bigger pain than he anticipated - and he accidentally stumbles across a conspiracy headed by mysterious American businessman Malcolm Upshaw and Delatriz Betancourt, the recklessly sexy granddaughter of Confederates who fled Reconstruction for South America - Fortune finds himself in hot water... with the fate of the USA at stake!