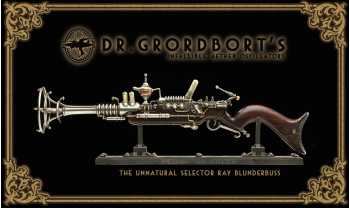 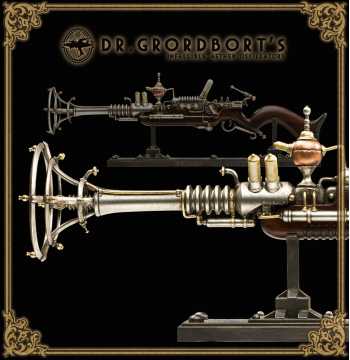 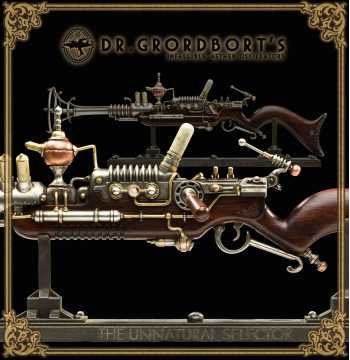 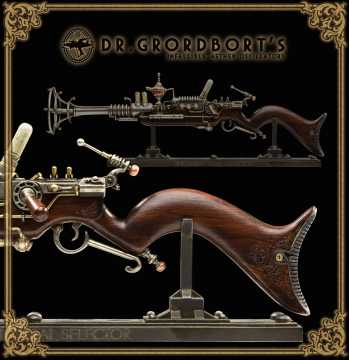 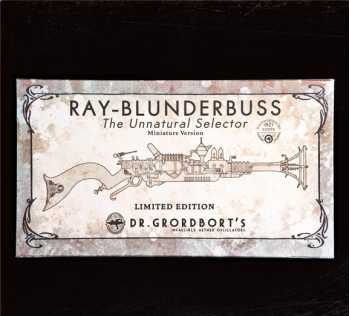 At just under 1 ft (29 cm) it's about three times as long as our previous three miniature rayguns, but a mere 1/4 the size of the Unnatural Selector on which it is based. And it's every ounce as beautiful and well made as its full-size relative.

This absolutely stunning feat of miniaturisation is the fourth weapon in Dr Grordbort's range of miniature rayguns. The first, the Mini Manmelter sold out at Comic Con 2007. The second and third, the Mini Goliathon and the Mini F.M.O.M. are selling fast [now sold out].

This gun, Lord Cockswain's weapon of choice, is made from various metals as well as Venusian Worm Oak (a compound that contains traces of not actual wood...). It comes on a stand embossed as THE UNNATURAL SELECTOR.

Designed by Greg Broadmore and modelled by David Tremont, this is another stunning piece for your collection.