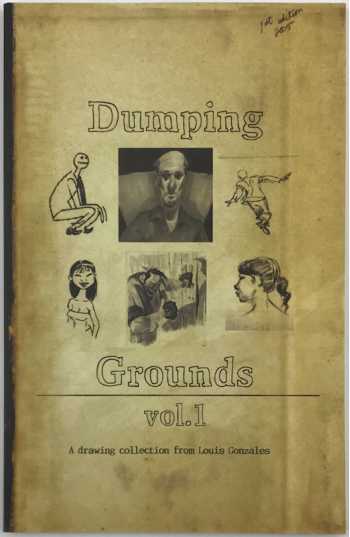 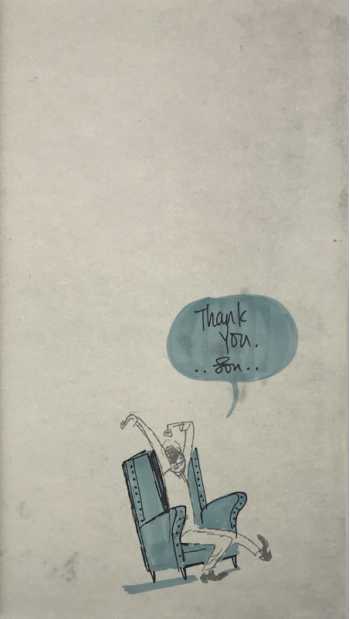 The artist has handcolored a drawing and added "Thank you. ..Lou.." in a word balloon.

Louis Gonzales has worked for Warners, Sony, and Pixar. This sketchbook collects character drawings and life studies from 2003-2004.

In 2000 Louis moved to Pixar to work to work in cg animation. Starting as a CG Layout artist, he quickly made his way to the Story department. His credits at Pixar include Monsters Inc., Finding Nemo, Ratatouille, Cars 3, Brave, The Incredibles 1 & 2 and other films. He currently works as a Story Supervisor at Pixar Animation.