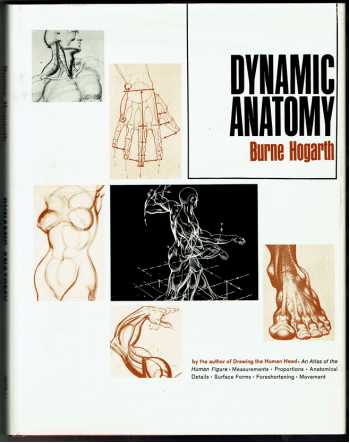 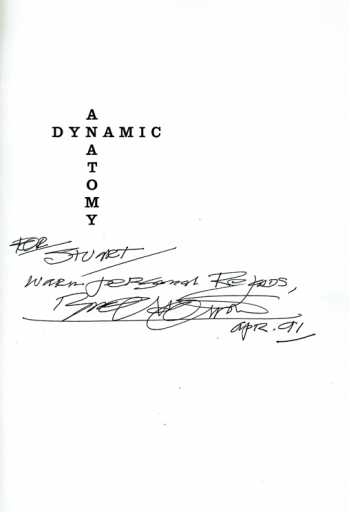 Inscribed by the artist on the half-title page: "For / Stuart / Warm personal regards / Burne Hogarth / Apr. 91"

While many disagree with some of Hogarth's teachings, his figure drawings are beautiful, idealized, athletic.

Hogarth explains the anatomical details of male and female figures in motion and at rest, always stressing the human form in space. Meticulous diagrams and fascinating action studies examine the rhythmic relationship of muscles and their effect upon surface forms. The captivating text is further enhanced by the magnificent figure drawings of such masters as Michelangelo, Rembrandt, Rodin, Picasso, and other great artists.

Dynamic Anatomy presents a comprehensive, detailed study of the human figure as artistic anatomy. This time-honored book goes far beyond the factual elements of anatomy, providing generations of new artists with the tools they need to make the human figure come alive on paper.

As cofounder of the School of Visual Arts, one of the world's leading art schools, he brought his unique approach to art into the classroom. His passionate lectures on anatomy and art history formed the foundation for his instructional books.

After moving to Los Angeles, Hogarth continued teaching at the Art Center College of Design in Pasadena.