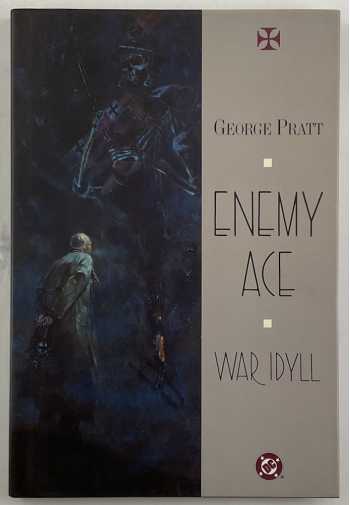 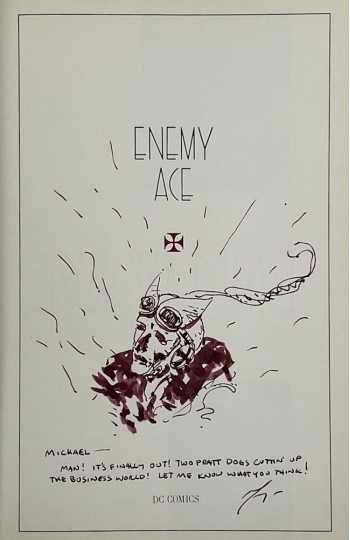 A sharp copy warmly inscribed by Pratt with a drawing of von Hammer!

"This was my first graphic novel. Using the DC Comics character of Hans von Hammer (Enemy Ace) I compared and contrasted World War One and Vietnam. Two veterans of two different (yet similar) wars struggle to come to grips with what they had to do to survive.