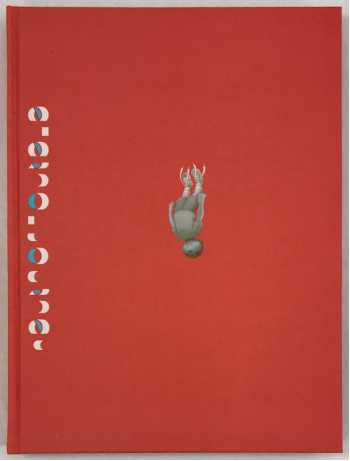 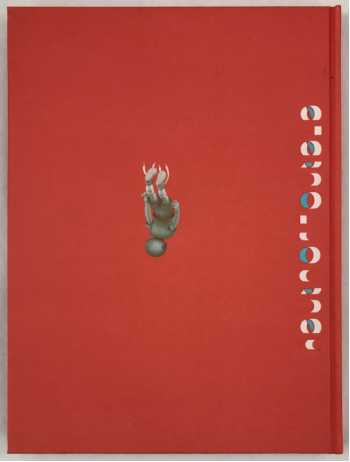 Eternal Journey is a catalog of new work exhibited at the Lotte Museum of Art in April 2019 in Seoul, South Korea. Updated from the Korean language version of the catalog originally released during the exhibition, James has reimagined the design and layout of the book to include additional images of the paintings, sculptures, and animation produced for the show, including new behind-the-scenes images and installation photos.

The interior includes pearlescent and gloss-enhanced endpapers, pink gilded edges, and a signed and numbered bookplate.

This First Printing of the catalog features a salmon cover.

The Second Printing of the catalog features an Azure cover in an alternate color way.
Limited to 1500 copies. 176 pages. Signed and numbered foil stamped bookplate.

LOTTE Museum is excited to introduce James Jean, whose works creatively recount various aspects of reality in fantastic and mythical contexts, with an imaginative rendition of tradition and culture, time and space, and sociopolitical issues.

As a fresh university graduate, James Jean began his professional career in his early 20s by creating cover art for DC Comics. Starting in 2008, Jean produced large-scale paintings in which he dismantled the so-called distinctions between commercial art and fine art through the concoction of epic, enigmatic imagery complemented by solid narrative and technical mastery.

As an Asian-American, Jean has consistently explored the dual nature of his identity through his works, a quest consummated in the visual narrative of the eternal wanderer fluctuating between the agony and ecstasy of flirting with, yet never fully belonging to, his past or his present as experienced through the lens of Eastern and Western culture. We hope that this exhibition will provide viewers with a unique opportunity to experience the transformative power of James Jean's marvelous canvas that combines the intimacy of the innermost self with the palpable challenges of the world around us.

Very Fine, issued without dustjacket
One of 1500 numbered copies signed by the artist