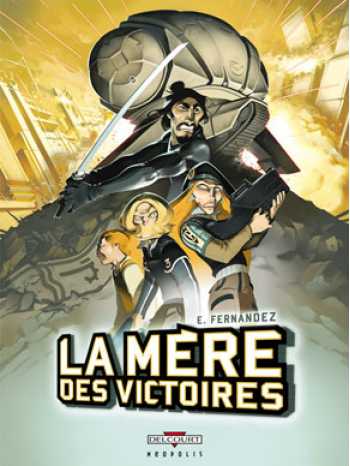 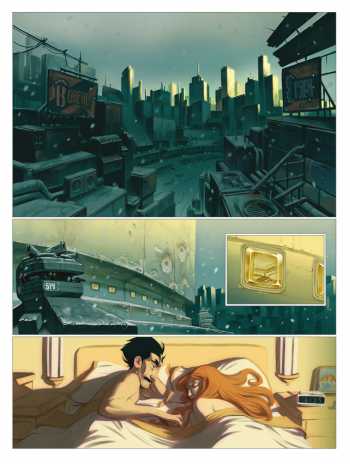 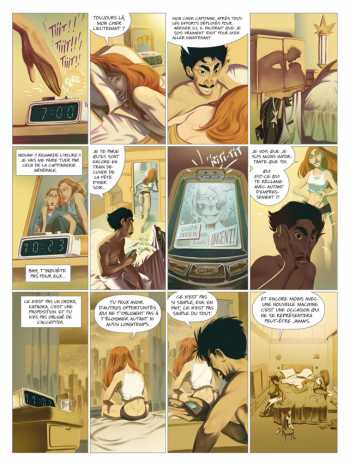 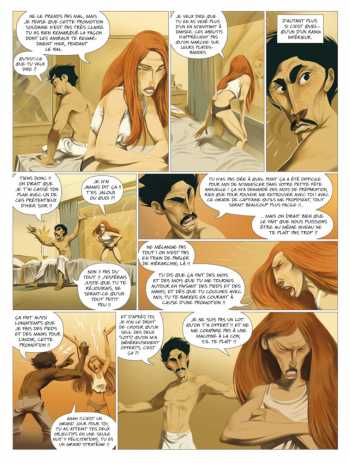 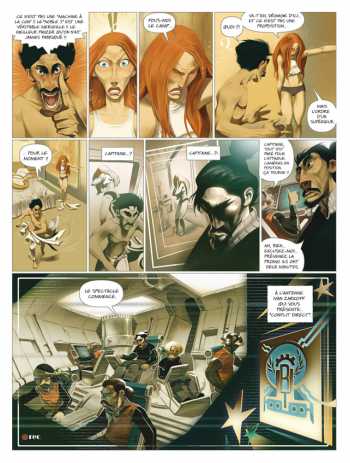 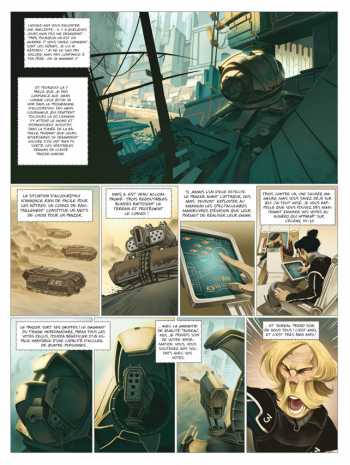 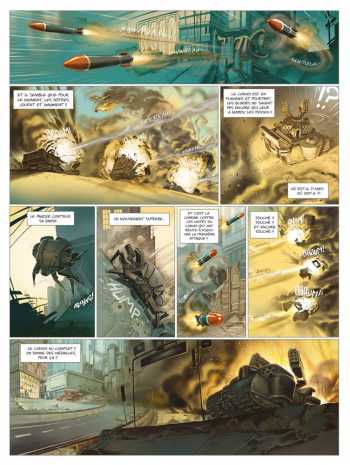 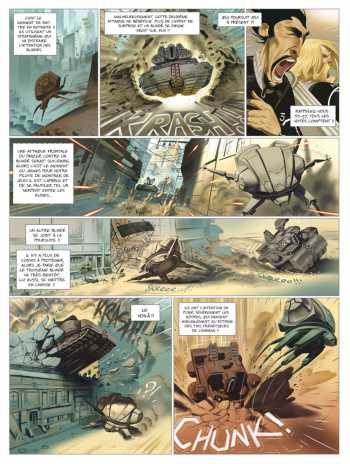 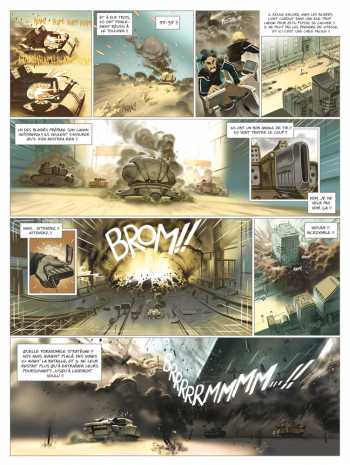 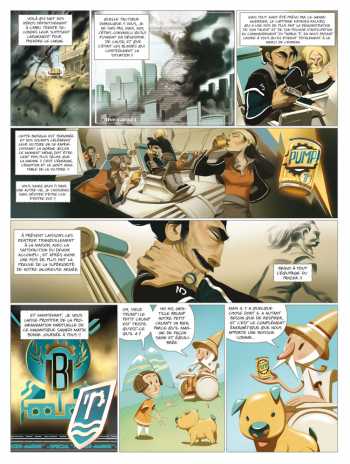 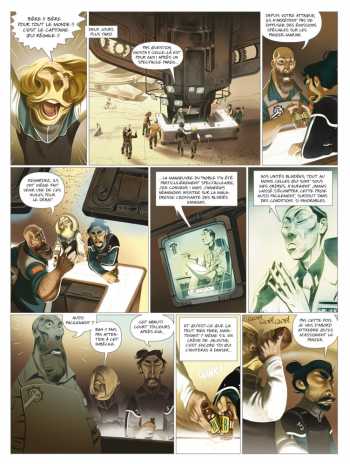 A one-shot album by Fernandez, a former animator whose previous comics were Les Liberateurs and Magicien d'Oz.
This is a science fiction adventure set in a future where war and reality TV have merged. To boost ratings, a tank crew is pitted against a mechanized super-tank "La Mere des Victoires" (The Mother of Victory).
Text in French.