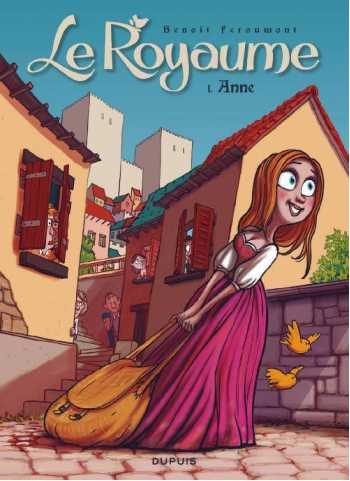 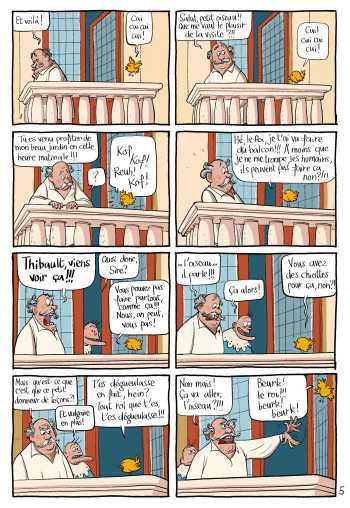 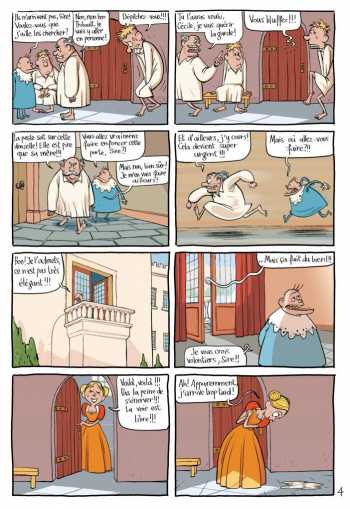 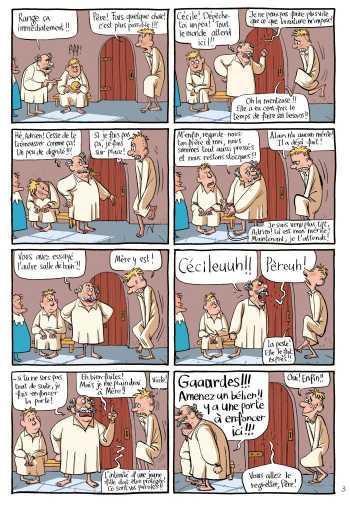 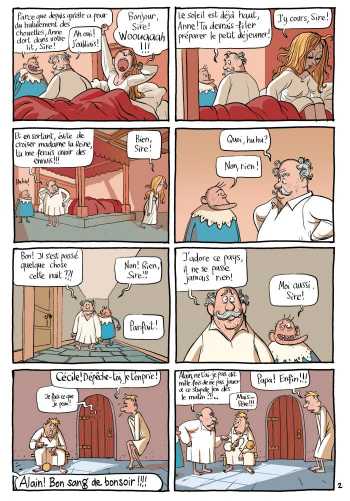 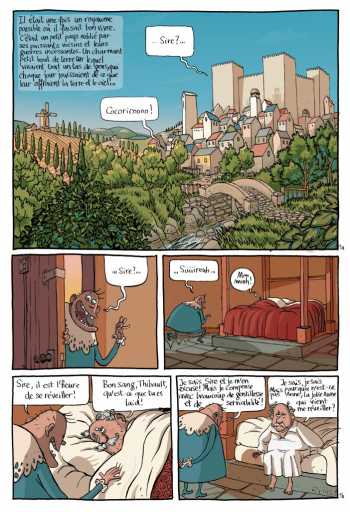 Creator Benoît Feroumont is also an animator and director of animated films (he was a lead animator on The Triplets of Belleville).

I loved his previous bande dessinée series Wondertown. The Royaume (The Kingdom) is another fun slapstick series with great drawing and design.

"There was once a peaceful kingdom where life was good. It was a small country forgotten by its powerful neighbors and their incessant wars. A charming little piece of earth on which lived a lot of people who every day, enjoyed what the land and sky offered.

"There was the king, of course, Alan and Adrian, his sons, ugly, but so nice and helpful, the Queen, cantankerous and slanderous, Cecile, the Princess monopolizing the bathroom, and Anne. The lovely Anne. Anne, who sings at sunrise, Anne, who enchants the nights of the King, Anne, who talks to birds ... Anne, she's so pretty, she is so..."

Forced out of the castle, Anne opens a tavern. How will that turn out?