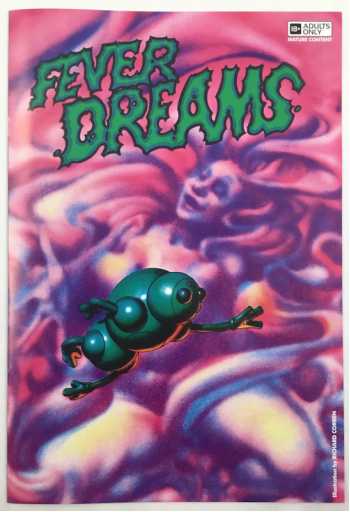 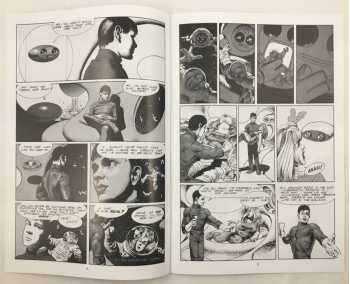 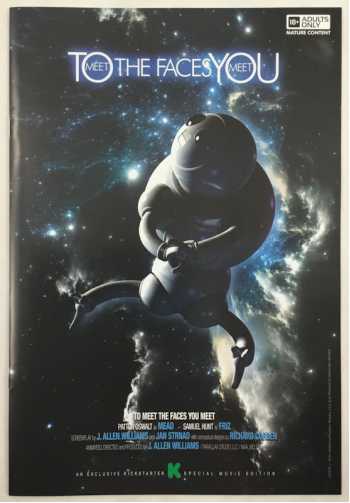 This is a Special Edition of the comic book, created for Kickstarter backers of the film version of "To Meet the Faces that You Meet."

A high-water mark in Richard Corben's underground career, Corben teamed with writer Jan Strnad for the memorable science fiction story. "To Meet the Faces that You Meet" first appeared in the comic book "Fever Dreams" (1972). The story was only reprinted three times: in the obscure magazines Gasm #5 (1978) and Rump (1980) and the comic book Den #9-10 (1989).

The comic art has been re-mastered and the magazine enlarged substantially from 7"w x 10"h up to a huge 8.5"w x 12.5"h. It features the movie poster as one cover; flip it over, and you will see Rich Corben's original art for the Fever Dreams comic. The entirety of the uncensored 16-page story by Jan Strnad and Richard Corben is reproduced in all of its visceral, underground comic glory.

We awarded a total of 241 comics - 56 signed and 185 unsigned. 500 was the minimum print run the printing company would produce.

The remainder were sold through a second solicitation to the Kickstarter backers and the book is now out of print.