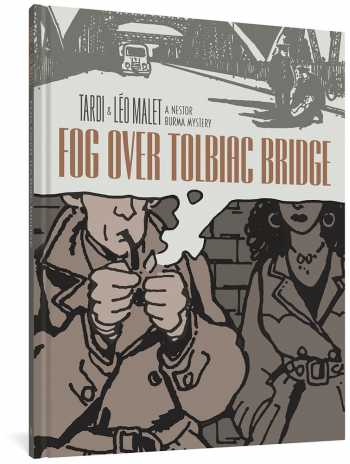 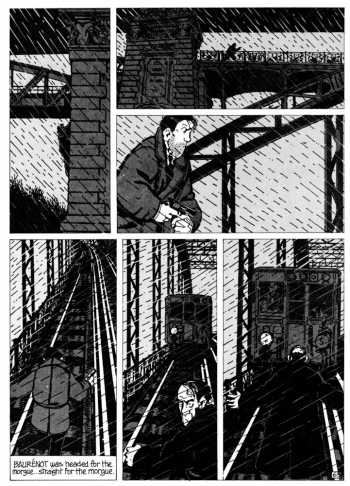 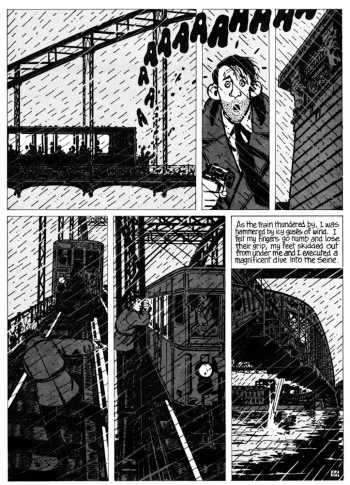 This is the first of Jacques Tardi's four major graphic novel adaptations of legendary French crime writer Léo Malet's original "Nestor Burma" novels -- in this one, Burma avenges the death of an old anarchist friend.

Paris, 1950s. In this graphic novel adaptation, Nestor Burma's past comes knocking when Bélita, a young woman, leads him to the Salpetriere hospital, where he discovers the recently deceased Abel Benoît, an old buddy from his anarchist days. While Burma has chosen to move onto the (more or less) straight and narrow as a private eye, his friend had stayed on the other side of the law as a counterfeiter and worse, until his own past caught up with him -- lethally. So now it's up to Malet to avenge his friend, and hopefully unravel a mystery whose roots run far and deep back into the past...

"Mysteries are all in the telling and the wonder lies in the interpretation. Tardi's visual characterisation is subtle and fantastic." -- Slings & Arrows

"What stays with you is Tardi's ability to conjure up Paris on the page. It's a vision of Parisian stone, rain, desire and death." -- Herald Scotland

"A gripping mystery, executed with some of the finest comics art Europe has to offer, mysterious dames, tough guys with a moral centre, and an atmosphere that oozes Noir so much you'd think the fog itself could wear a Fedora." -- Forbidden Planet