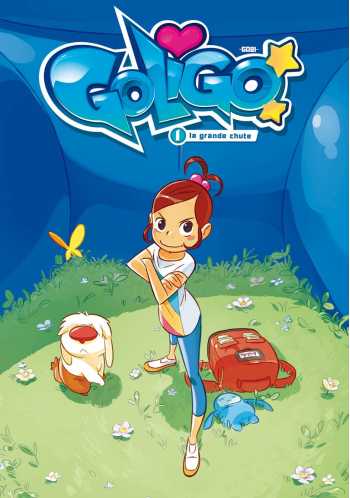 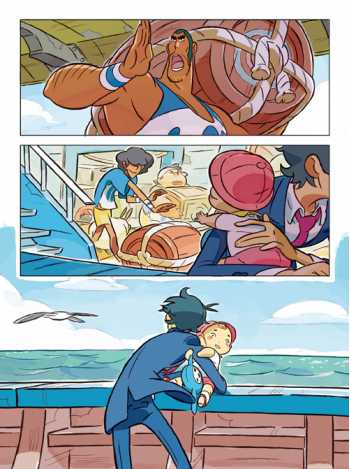 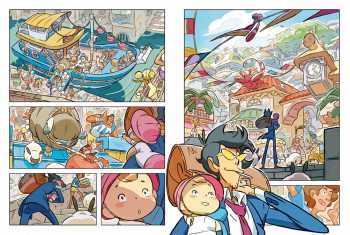 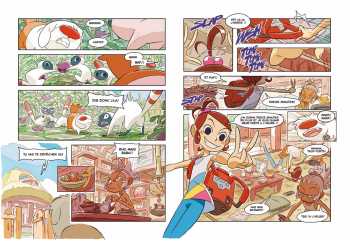 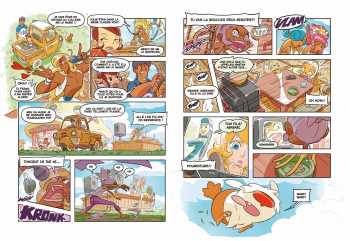 "Goligo: The Great Fall" written & illustrated by Gobi will remind you of Agito Cosmos and Ponyo on the Cliff by the Sea.

On an island steeped in legends ...

Upon the death of her father, baby Lila was adopted by a couple of inhabitants of Louma Island, who raised her as their granddaughter. More than ten years later, Lila is a very lively girl who gives her adoptive grandparents a hard time! Like her grandmother, she has a nasty temper that gets her into trouble. School is a real ordeal: she must endure the tyranny of the pest Victoire and her teacher's reprimands... mostly because Lila insists on claiming that the legends about the island and its inhabitants are true! She would like to believe in the beautiful stories that are told about the origins of Louma, she who knows nothing of her own origins...

Gobi (Baptiste Gaubert) is inspired by both his personal life and the Japanese culture in which he lives to deliver this first volume of a series full of poetry.