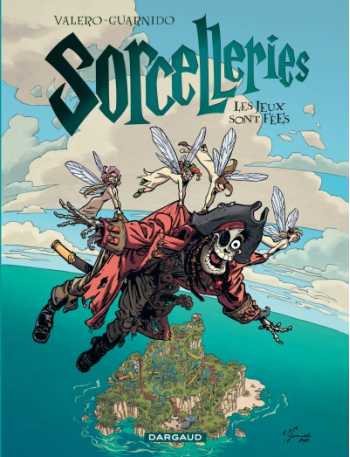 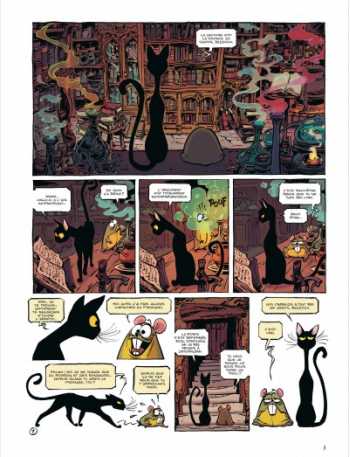 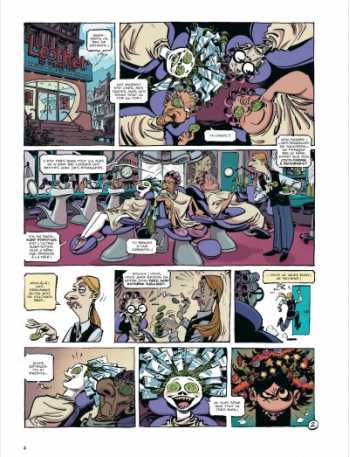 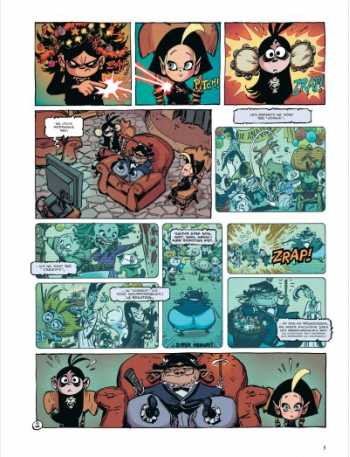 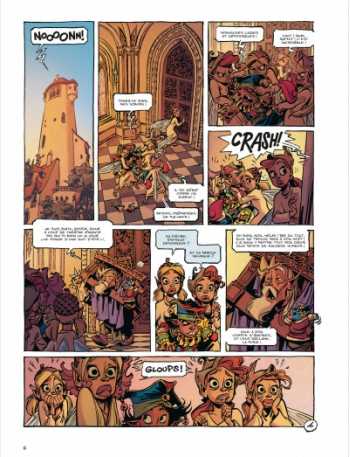 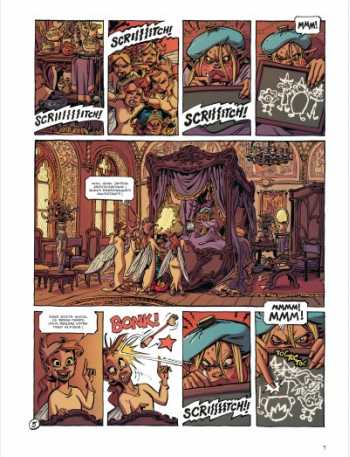 The final volume in Juanjo's zany comedy series about witches raising a foundling.

The 3rd episode of Sorcelleries (Witchcraft) opens with a holy mess! The baby fairy, Hazel, decided to stay in the world of witches, which is not displeasing to them. But Titiana, the fairy queen, did not hear it that way! Meanwhile,Rex, a human married to one of the witches (the lovely Panacea) decides to organize a televised game show involving children ... starring Hazel. And to complicate matters, Rex sets the show on a desert island that happens to be home to a crew of undead pirates.

This ends the Sorcelleries series, a cartoon comedy for all ages.