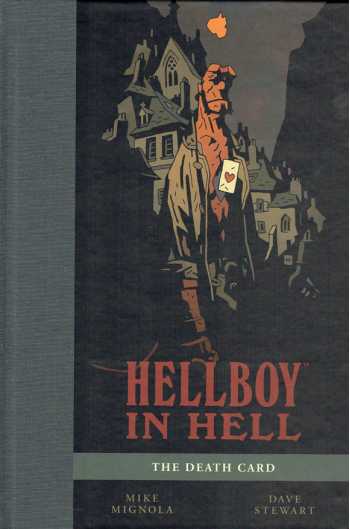 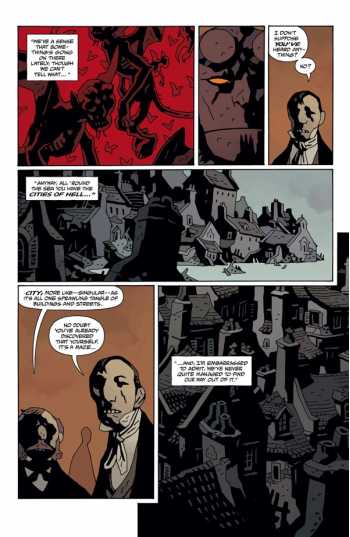 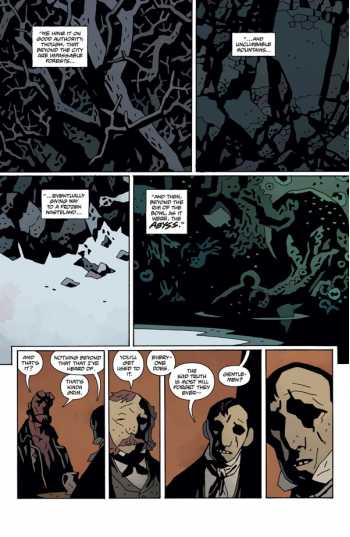 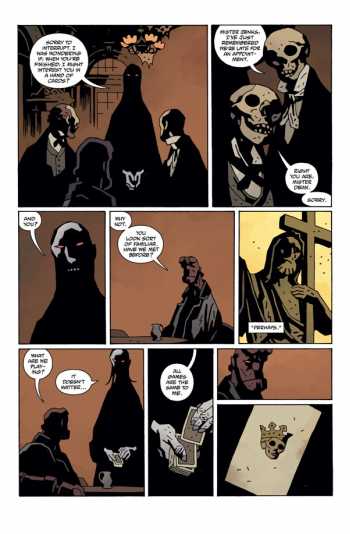 This San Diego Comic-Con Exclusive limited printing is the only hardcover edition of Hellboy in Hell Vol. 2. Dark Horse is not making it available to stores or online! Limited to 1400 copies. Mike was kind enough to sign our copies.

After facing off for a second time against the Vampire of Prague, Hellboy, dead and in Hell, comes down with a fatal illness and seeks the help of an incompetent team of doctors. As he explores the geography of Hell, learning little from a confused pair of mapmakers, Hellboy gets a glimpse of the new World Tree that he helped to create, stands accused by his own sister of a terrible murder, and causes the destruction of Pandemonium itself in the climactic chapter of the series that the LA Times calls "the best work of [Mike Mignola's] career."

Very Fine, issued without dustjacket
Limited to 1400 copies. Our copies are signed by the artist.