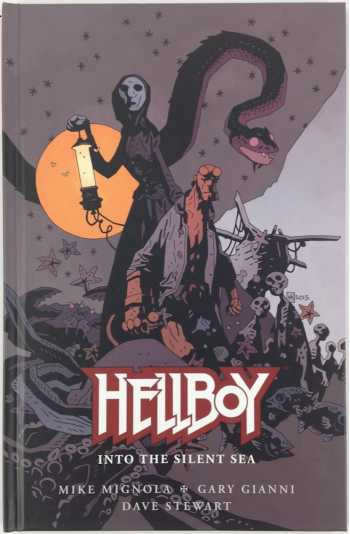 A pristine first printing signed by both Mike Mignola and Gary Gianni who has also dated it NYC 2017! This book is currently in later printings.

Hellboy sets sail from the wreckage of a deserted island only to cross paths with a ghost ship. Taken captive by the phantom crew that plans to sell him to the circus, Hellboy is dragged along by a captain who will stop at nothing in pursuit of a powerful sea creature. Following the events of Hellboy: The Island, Gary Gianni draws Hellboy in a brand-new graphic novel.

Very Fine, issued without dustjacket
Signed by both Mike Mignola and Gary Giann