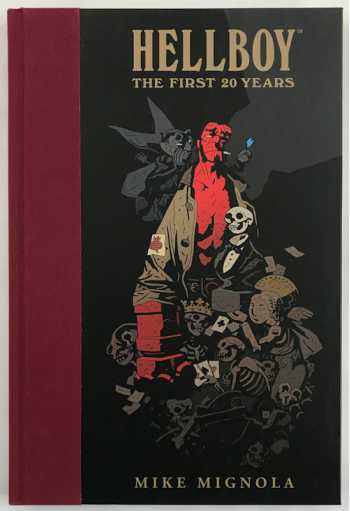 Mignola has expanded Hellboy into the most exciting group of books since the early Marvel universe, and his style has influenced art and illustration far beyond the world of comics. Selected finished pieces are shown alongside sketches and raw scans from the last twenty years.

"Nothing is better than having Mignola himself rendering Hellboy's world."--IGN

"I envy the sheer variety and invention Mignola brings to Hellboy's world. [He] consistently manages to depict even the most grotesque monstrosity and make it somehow beautiful."--Peter de Sève, award-winning New Yorker cover artist and character designer for Ice Age film series, from his introduction