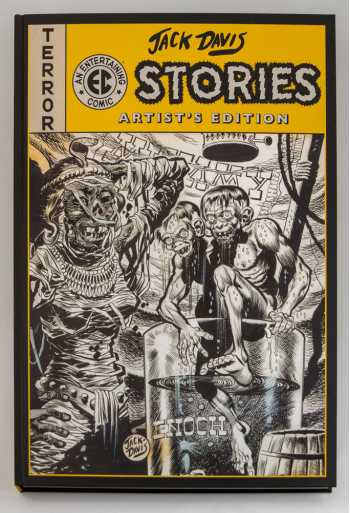 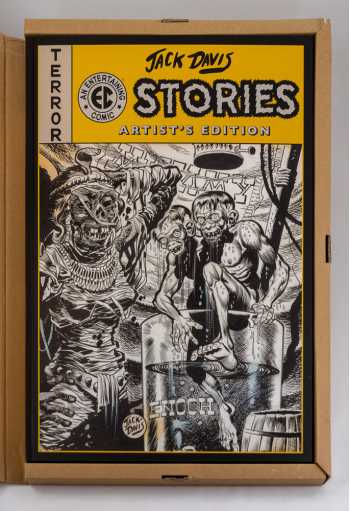 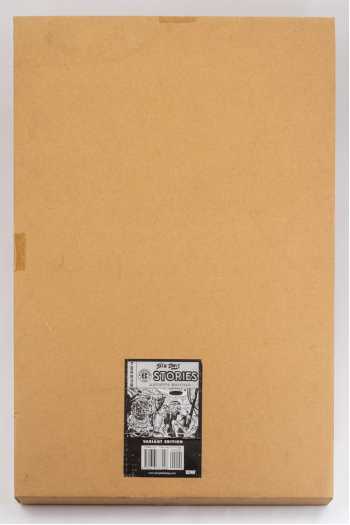 This Limited Edition was signed by Jack Davis himself, features a variant cover image and is limited to 250 copies. Out of print in all versions.

Jack Davis (1924-2016) was one of the founding fathers of EC Comics; he is a master of horror, humor and nearly every other genre EC published. Aside from his work at EC, Davis is one of the most prolific and popular commercial artists of all time. His instantly recognizable style has graced covers of Time Magazine and TV Guide, as well as movie posters and stamps. Jack Davis' EC Stories: Artist's Edition presents a beautiful selection of some of Davis' best and most memorable stories - such as FOUL PLAY - and an extensive cover gallery - and all at the same size as originally drawn!

Fine, issued without dustjacket, in Near Fine shipping box
#22 of 250 numbered copies signed by the artist