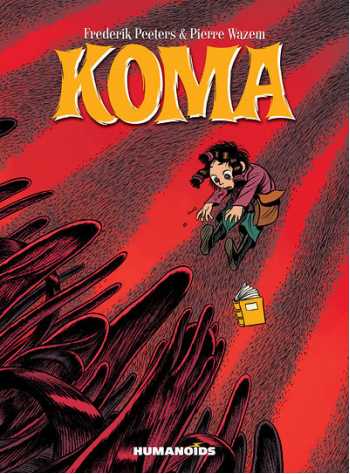 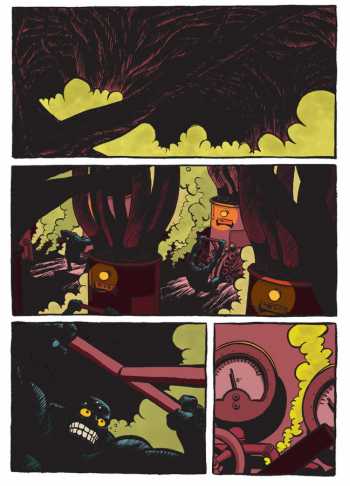 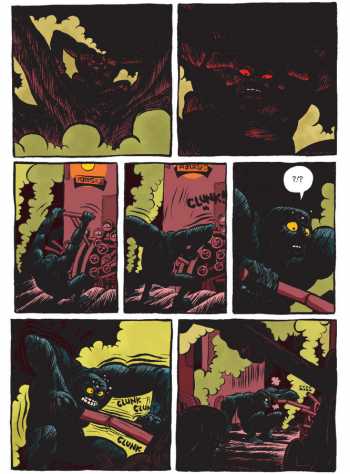 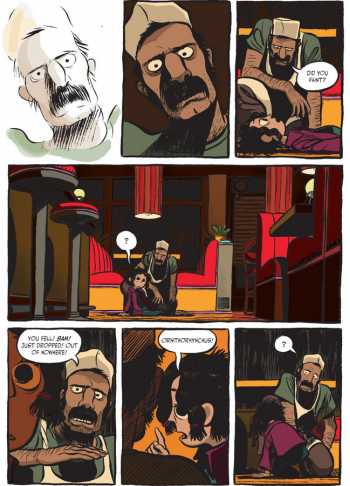 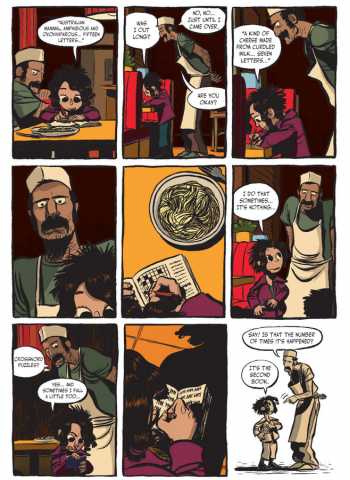 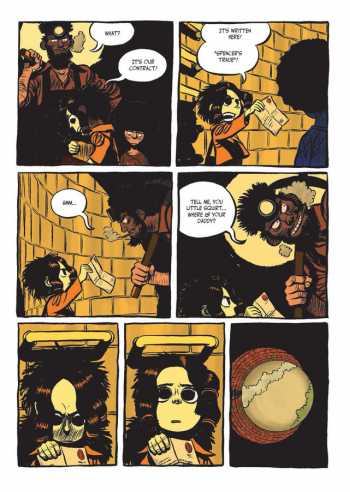 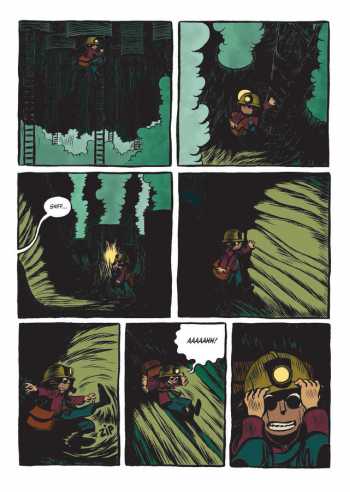 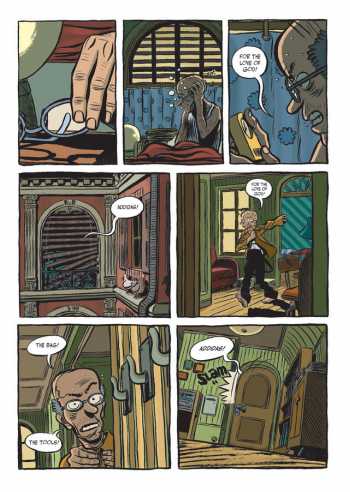 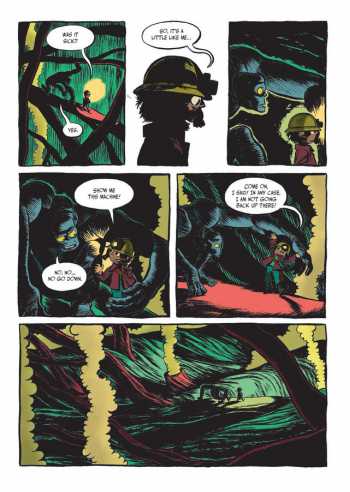 Frederik Peeters' Miyazaki-esque fantasy Koma (one of my favorite French titles from the time it came out) in English and in one thick collected volume.

Addidas is a bright and quirky young girl who spends most of her time helping her widowed father in his job as a chimney sweep in the industrial metropolis they live in. When Addidas ventures too far into a chimney, she encounters a bizarre new friend...

"I don't think I can quite articulate how special this book is... it's an invigorating and engrossing read whichever way you read it: as an extended metaphor for Adidas' illness, as an adventure between worlds or as comment on life, science and being. Read it." - ForbiddenPlanet.co.uk

"...a darkly poetic parable about self-determination and belief in change." - PaulGravett.com

"Koma transcends social commentary and fairy tale conventions. The subtle knife pierces the veil and Addidas' travels cross back and forth between worlds inside and out until the distinction dissolves into a surreal series of powerful emotions." - DoomRocket

"Wazem is quite a writer. Everything he writes is out of this world. His work is filled with new ideas and man is it smart. Likewise, Peeters' art is just magnificent. Vibrant, fun, beautiful. This is a book that delivers." - Forces of Geek

Pierre Wazem is a prolific and critically acclaimed writer. He is most well-known for "Koma" and his adaptation of Hugo Pratt's "Scorpions of the Desert" for which he won the International Prize of the City of Geneva and Best European book of the Year at the Festival of Comics in Rome.

Frederik Peeters is a contemporary Swiss graphic novelist. He received his Bachelor of Arts degree in visual communication from the École Supérieure d'Arts Appliqués in Geneva in 1995. Peeters has created numerous award-winning graphic novels including "Blue Pills," "Pachyderme," and the "Aama" sci-fi series. He currently lives with his partner Cati, her son, and their daughter in Geneva.