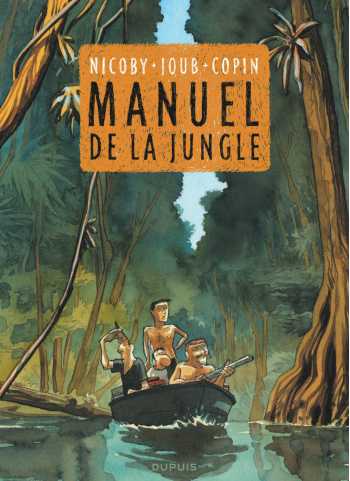 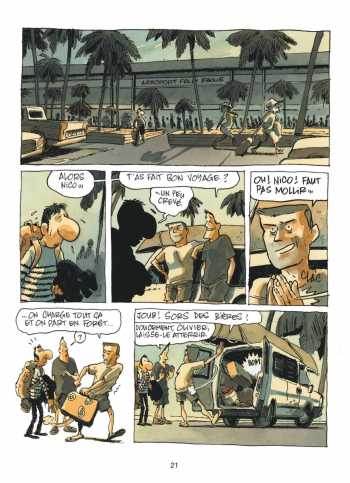 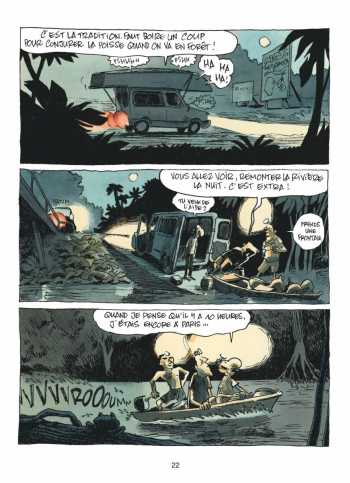 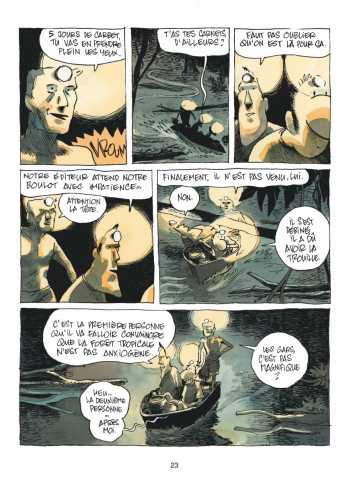 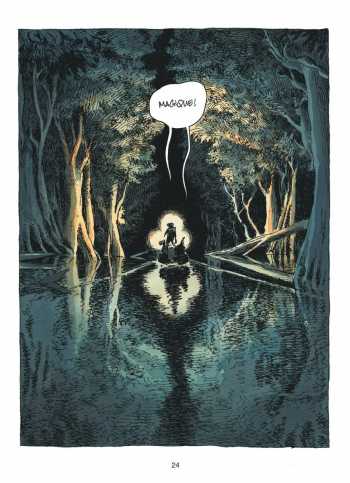 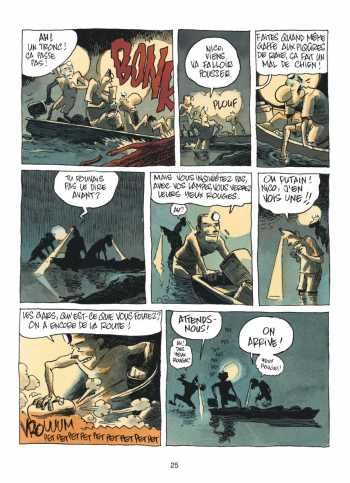 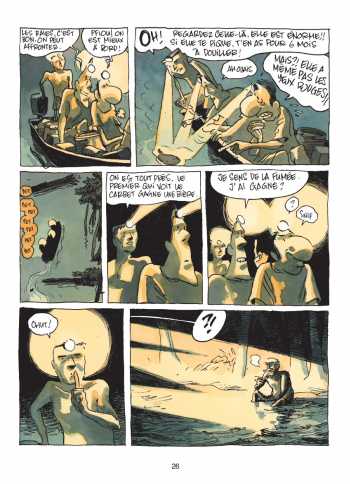 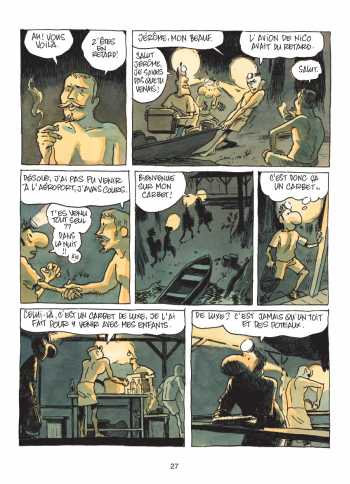 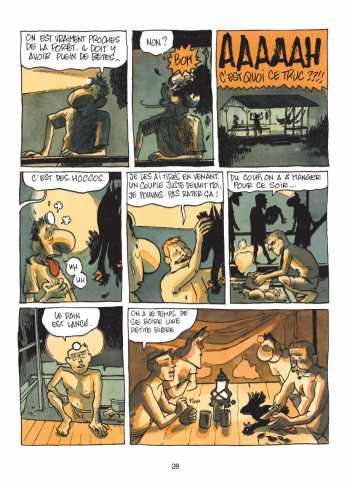 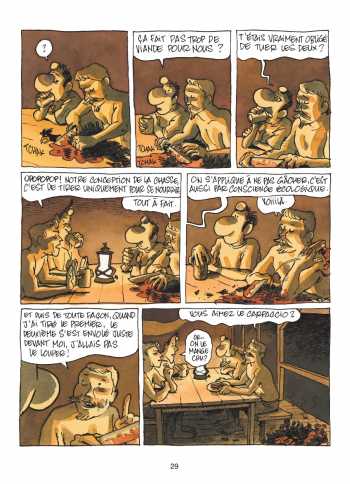 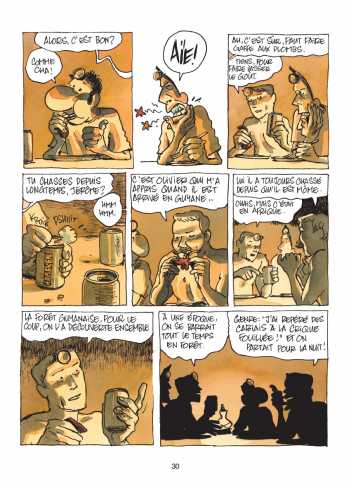 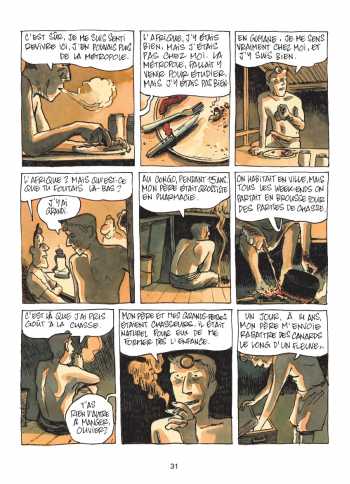 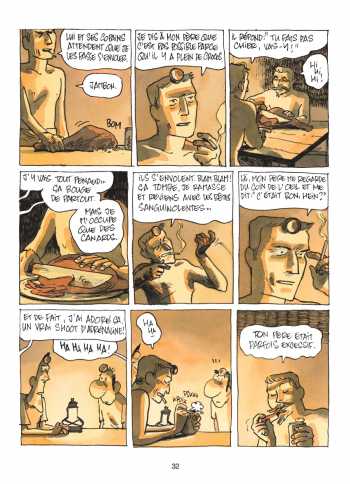 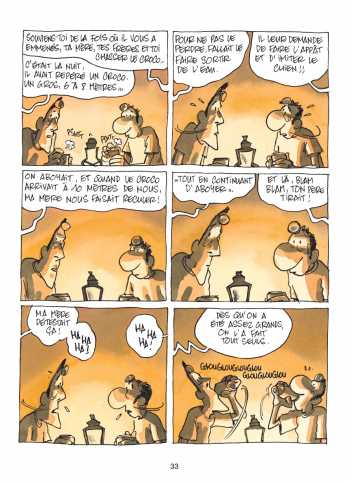 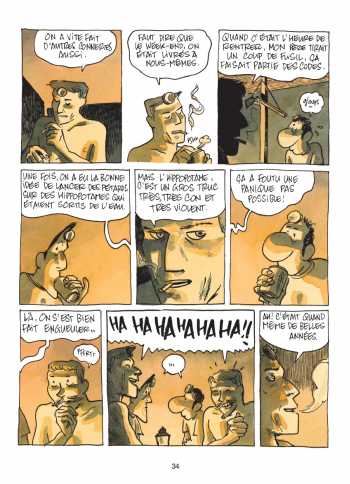 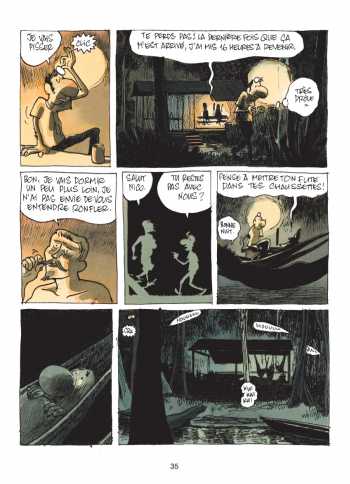 Can two cartoonists survive in the jungle? Left for a few days in the Guyanese rain forest, Joub and Nicoby make their homecoming. Hunting, camping, gathering, leads our two authors to the heart of a truly exuberant wilderness (not safe for the distracted), but also increasingly threatened by man and his mindless exploitation of resources. During their wanderings, told with humor, Joub and Nicoby get to know the sounds of the jungle at night, but are also confronted with disturbing developments such as illegal gold mining in a supposedly protected area, but that is actually infested with traffic where men are the primary victims. A complex story of very current issues on the status of wildlife in a modern world which leaves it less and less space, and magnified by the beauty of landscapes captured from life.