Sign in | Register
HomeIllustrationContemporary IllustratorsLittle Lit: It Was a Dark and Silly Night... - Signed with a Drawing 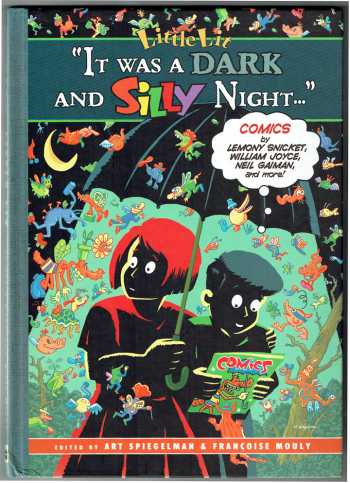 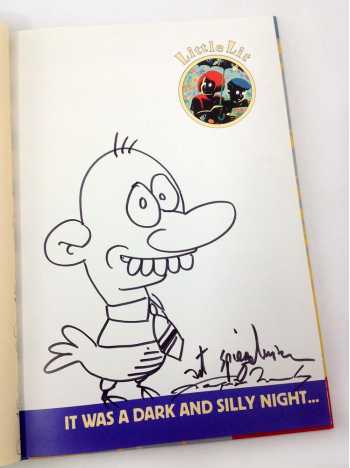 Signed by editors Art Spiegelman and Francoise Mouly, with a large drawing by Spiegelman.

We planted a seed in some of the most fertile minds of the planet: cartoonists, novelists, and children's book artists. We asked them to start a story with the words:

It Was a Dark and Silly Night...

We wanted to know...What happened next???

What grew from the seed is this generous, chock-full, over-the-top jungle of silly comic book stories that show how rich the human imagination is. Lemony Snicket and Richard Sala imagined a dark and silly night where a young girl chases after a Yeti. Neil Gaiman and Gahan Wilson imagined a dark and silly night where kids throw the greatest party they ever had...in a graveyard! William Joyce tells us about kids whose Silly Ray saves the world from warrior florists. This collection of wild and silly imaginings will tickle your funny bone for years to come.