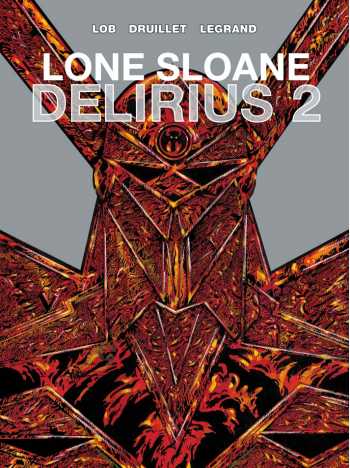 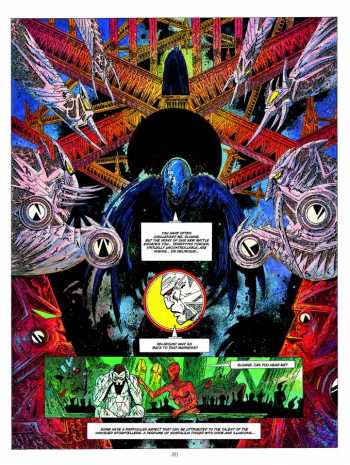 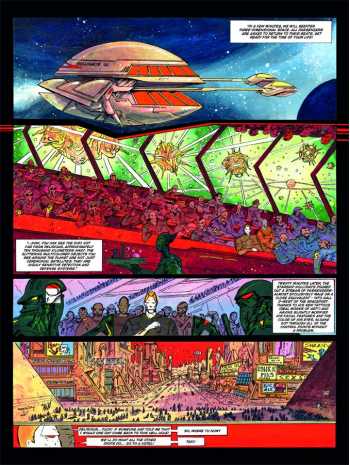 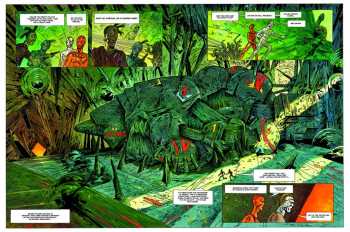 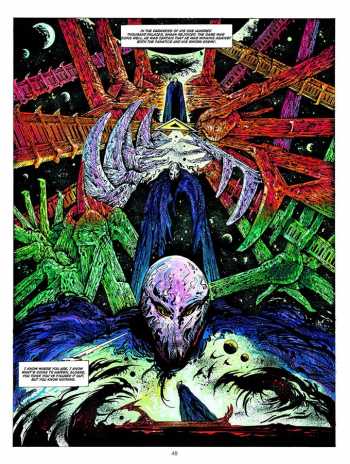 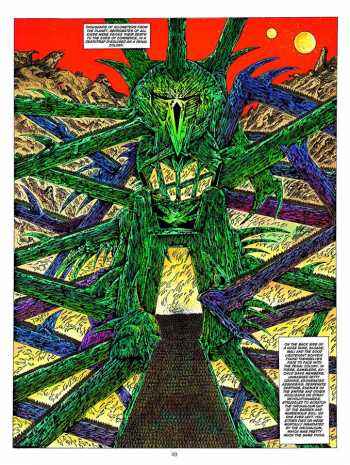 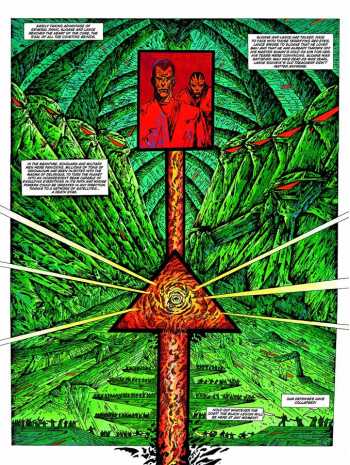 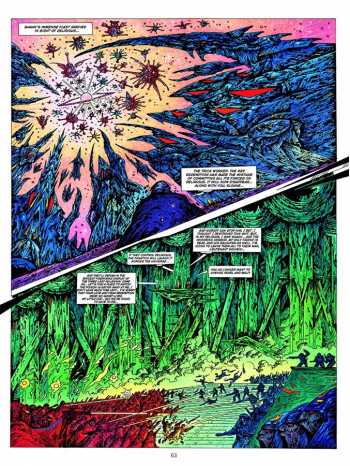 The latest Lone Sloane adventure to date, from 2012.

Lone Sloane is still stuck on the aptly named Delirius, a place of galactic-scale fun. The lone traveler of the cosmos is in trouble: he has been struck with an erasure arrow by fanatical monks of the Red Redemption. Fortunately, he is accompanied by Mali, the daughter of his Martian friend Yearl, who reminds him that they are counting on him ... First to get out of the miserable bowels of Delirius, then to find Yearl and Lance, the lover of Mali ... Finally to save the inhabitants of Delirius and the galaxy from murderous madness!

The struggle of Good against Evil is the eternal struggle of Lone Sloane. Is there any other way for the red-eyed man? Can he decide to be free and neutral when the universe calls on him to fight?

The Ferris Wheel of Destiny never stops turning. She will finally bring Lone Sloane face to face with her real enemy, Shaan the tyrant, the Imperator of all galaxies.

This album marks the great comeback of Druillet and his legendary hero. It is a baroque fantasy, not devoid of humor, a graphic explosion of the level of those who revolutionized SF in the early 70s. It is also a tribute to Jacques Lob, great author and friend of Druillet, who had started working on this album before his untimely demise.