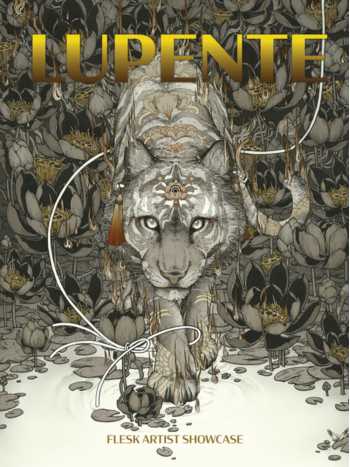 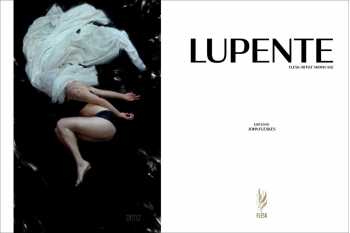 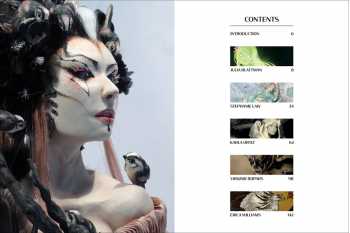 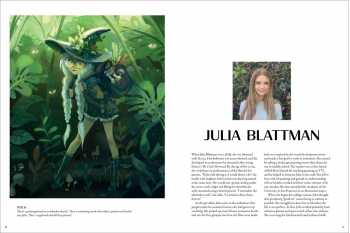 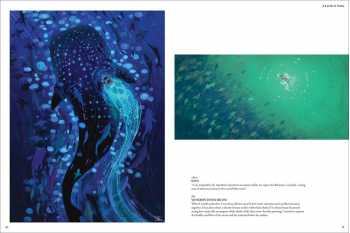 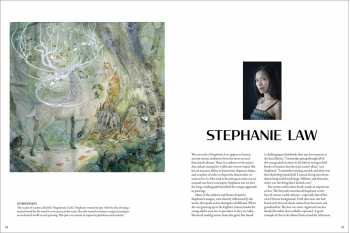 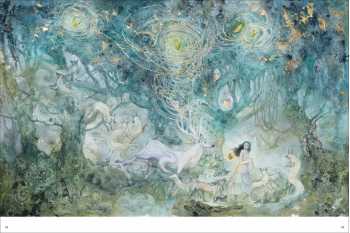 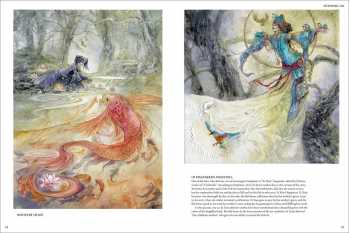 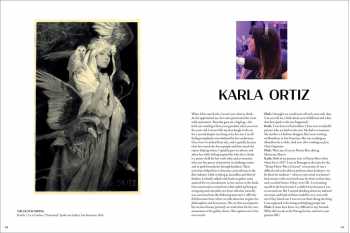 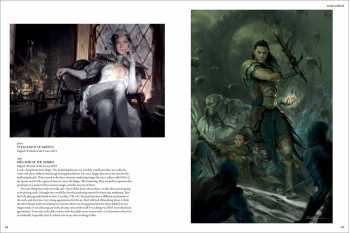 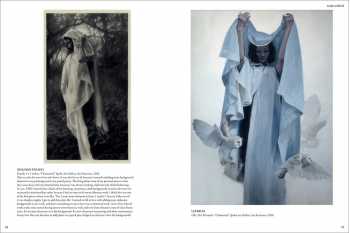 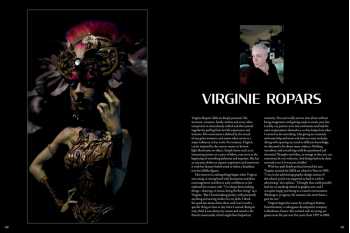 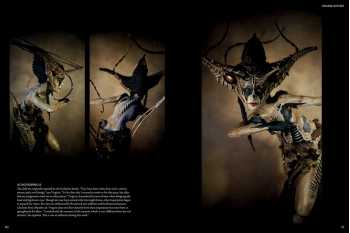 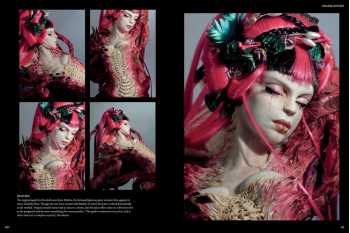 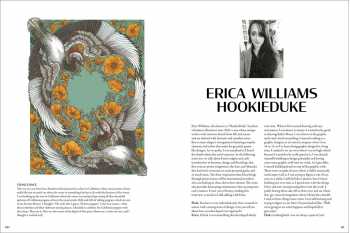 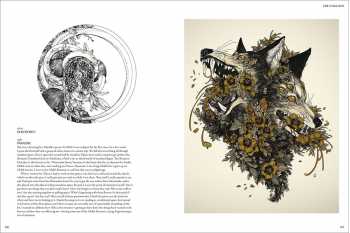 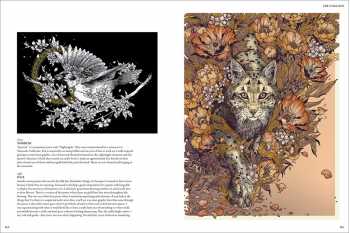 Lupente showcases five outstanding contemporary artists in an elegant and absorbing package. This volume features Julia Blattman, a premier visual-development artist working in the animation industry; Stephanie Law, a fine artist who pulls from dreams and reality to illuminate the boundary between those two worlds; Karla Ortiz, a concept and fine artist who is renowned for her personal works and her designs for film; Virginie Ropars, one of the most-revered dollmakers today and an inspiration to sculptors around the world; and Erica Williams, also known as "HookieDuke," who has gained acclaim by mastering a unique, highly intricate style of lines and designs that centers on Nature as its inspiration.

Examples of the most highly regarded works by the five are accompanied by biographical essays, interviews, quotes and captions that reveal insights into their creative processes. In addition, Flesk's personal access to each artist has resulted in an insightful and engaging introduction to these talented creators, among the best working today.

Virginie Ropars was born in Brittany (France) in 1976. Virginie's figures are in between sculpture, fashion design and illustration, building up visions sometimes full of wonders, other times strange and gloomy where femininity took away the main place. An inner world she primary expressed in drawings while she worked as a 2D/3D graphic artist for computer games and TV cartoon industry.

Virginie's work is shown throughout Europe in art galleries and art shows and also in United States and Russia. Her work has been featured in many magazines and publications. Her dimensional interpretation of Brom's main character Jack, in The Plucker novel won the Spectrum 19 Gold Award (in 2012), she also received the Spectrum 20 Gold Award (in 2013) for one of her personal work, Acanthophis III. Virginie currently resides in Brittany, France.

Erica Williams, also known as HookieDuke, is an illustrator known for their intricate mark-making and illustrations of flora and fauna. Tangled with fantastic and often macabre tones much of their work focuses on the forgotten, endangered, the occult and lore.

Erica attended Kansas City Art Institute (KCAI), and became a freelance illustrator in 2012. Since starting they have created posters, album art, apparel, identity, print advertisements, book covers, skateboards, and various merchandise for a variety of clients and industries. Their work has been included in Spectrum Fantastic Art, Curvy, Alternative Movie Posters, and others. Erica currently resides in Michigan.

Stephanie Law's images trace the boundary between dream and reality. She delves into the pictoral language of allegory, explores mythology in new contexts, chases tiny worlds of wonder from an insect's viewpoint, and highlights the beauty of growth and decay found in nature. She interweaves texture, watercolor, gold and silver leaf, ink, and creates intricate layered pieces with resin and custom designed frames. In a meld of organic patterns and familiar archetypes, her paintings pose a question on the nature of perception and beauty, and it is against this backdrop that the ephemeral guides and strange creatures dance and beckon the viewer to follow through her various series.

Archetypes, the basis for the universal appeal of mythological concepts, are one of the defining inspirations for her imagery. This is mingled with the movement of dance. Stephanie has been a dancer for almost two decades, and she uses that experience of how the human body moves and emotes to create a bridge into her artwork so that not only do the humans dance across the page, but the branches of her trees move with a sinuous grace, and the arrangement of inanimate elements has a choreographed rhythm and flow. Growing up in California, Stephanie has been surrounded by the wealth of natural inspiration all around her. The twisting boughs of live oaks from the hills near her home insinuate themselves into her paintings. The chaos of Nature's wild growth, and conversely the beauty of decay, echo in the textures and fractal patterns of her work.

Early on, her career moved through the illustration and gaming world, but in recent decades she has focused more on her own body of work, gallery shows, and publications. Stephanie currently resides in Oakland, California.

Karla Ortiz is an award-winning artist who enjoys working on a diverse and wide variety of projects.

As a professional Illustrator her clients include Wizards of the Coast, Ace Books, Tor Books, Orbit Books, CB+P and has provided cover work and art for various independent authors and toy makers.

Karla loves good music, good stories, good laughs and good food. She paints her days away with her cat Keedy Bady, and that's how she likes it. Karla currently resides in San Francisco, California.

Julia Blattman is a visual development artist having a blast working on animated feature films and shows in Los Angeles. She is currently working as an Environment Artist on an unannounced project at Netflix Animation.

Julia graduated from Academy of Art University in San Francisco with a BFA in Illustration. After school she moved to LA and worked for Walt Disney Parks, Experiences and Consumer Products for 2+ years creating artwork for various games. Julia then went to Paramount Pictures Animation to do visual development work for 2+ years for animated features Rumble (2021) and Tiger's Apprentice (2022).